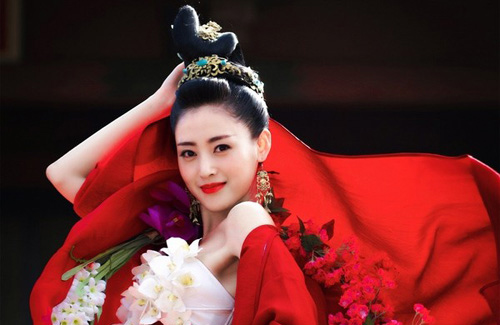 The surprisingly popular Internet drama, Go Princess Go <太子妃升職記 >, which tells the story of a playboy who accidentally travels back in time and becomes a princess, has become such a hit that a sequel and a movie adaptation are already in the works.

To the surprise of many, Go Princess Go ended up turning an enormous profit for video website LeTV, bringing in 41 million RMB in revenue and attracting 2.2 million new subscribers. In spite of the drama’s low budget, viewers were enchanted by the comical storyline and the novel depiction of bisexuality.

Go Princess Go has proven so popular that LeTV even streamed two different endings, with plans to film yet another one to satisfy viewers. Moreover, LeTV recently announced that there are plans to film a drama sequel, as well as a film adaptation.

Unfortunately, the popularity of Go Princess Go also attracted the attention of the State Administration of Press, Publication, Radio, Film and Television (SAPPRFT), which pulled the drama from LeTV last week. An edited version of Go Princess Go has since been re-uploaded, though most of the racier and more sexual scenes have been removed.

The drama’s producer Gan Wei (甘薇) denies that Go Princess Go was taken down because of its “harmful public morals,” as was previously reported. “A relevant department gave us some suggestions,” said Gan Wei. “We took it offline this time so we could actively delete some parts of the storyline.”

This article is written byJoanna Addy for JayneStars.com.