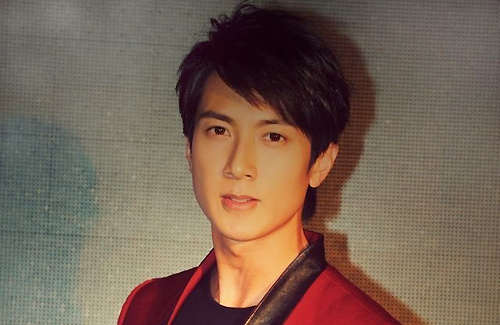 In a recent interview, Jiro Wang answered, “Yes!” when asked if Aaron Yan had gone for any plastic surgery to enhance his features. Although Jiro later rectified that he only meant that he understood the question, rumors were spreading fast that Jiro and Aaron are indeed estranged from each other.

Two days ago, Wu Chun (吳尊) was in Hong Kong to attend a Lamborghini promotional event which attracted hundreds of fans.

Asked if he had tried to be a peacemaker between Jiro and Aaron, Wu Chun replied, “They did not quarrel; when did they quarrel? All along, there have been such rumors, but we are aware how we get along together. We never quarrel at all. There will of course be different opinions within the group, and we will bring out to discuss. It’s not considered a quarrel.”

Wu Chun Does Not Believe Aaron Had Cosmetic Surgery

Comparing past and recent photos, netizens have pointed out that Aaron had looked different and hence speculated that he had undergone facial enhancements. In response, Wu Chun defended Aaron, “Is it? I do not know. We have known each other for so long, and to be frank, I cannot see clearly if he has (undergone plastic surgery). He looks the same to me.”

Wu Chun also added, “After all, every person will change. You don’t have to go through plastic surgery to change. Everyone will change. For example, if I have become thinner, fatter or my hairstyle has changed, they will make the appearance look different.”

Wu Chun believed that Aaron would not undergo any plastic surgery.