It’s all in the genes for Wu Chun and his father, who both married their first loves.

A former member of the popular Taiwanese boyband Fahrenheit (飛輪海), Wu Chun‘s (吳尊) image has been that of a faithful husband and loving father. The 39-year-old actor from Brunei had kept up the facade of being single to the media and fans during his idol days in Fahrenheit, only owning up to being a married father to his then two-year-old daughter in 2013. His wife is his high school sweetheart. It turns out that Wu Chun’s dad, like him had married their first loves.

Going on Chinese variety program The Most Beautiful Time<最美的時光>, Wu Chun’s 72-year old father was complimented for his youthful looks and how much father and son resembled each other.

Sharing milestones of his personal life, Wu Chun revealed that he enjoyed a happy childhood and wanted to try dating when he was 15 years old. His brother-in-law introduced Wu Chun’s first romantic partner to him, Lin Li Ying (林麗瑩), who later became his wife. Sharing how he keeps his relationship going strong, Wu Chun said, “Perhaps its the fact that I treasure my wife a lot. If we arguel, we will not keep silence for days, but will make sure to clear things up on the same day itself. For us, each day is perfect.”

Learning to Deal with Grief At 23

Wu Chun’s dad added that the star might have taken after himself as he too, started dating Wu Chun’s mom when he was 17. Sharing details of his mother’s death when he was 23, Wu Chun revealed that his dad had hidden the fact that his mother had taken ill with cancer from him and his siblings for as long as six years, as he did not want to see the children in grief, instead bearing the burden of the family tragedy on his own.

Wu Chun only got to know about his mother’s illness a few months after his graduation. Spending the remaining eight months of her life with her, Wu Chun regrets that he only became closer to his mom during her final days. He expressed his filial piety by piggybacking her up and the down stairs, searching for health information and accompanying her on medical appointments. 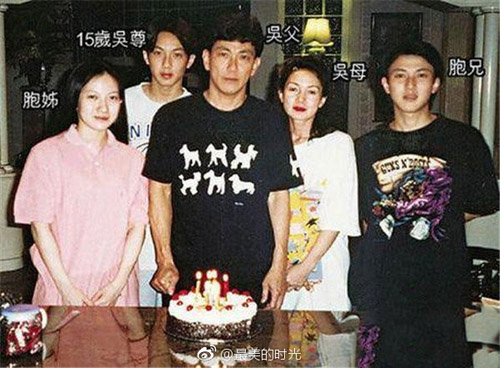