Wu Chun (吳尊) and his marriage was the industry’s most well-kept secret. From modeling, to acting, to becoming a member of the boy band Fahrenheit (飛輪海), Wu Chun managed to protect his wife from the prey of the outside media. It wasn’t until 2013—eight years after his debut—when he publicly confirmed that he was already married.

Even after going public, Wu Chun rarely talks about his private life, out of respect for his family. On February 1, the actor shared on Weibo that it was he and his wife’s 24th anniversary. 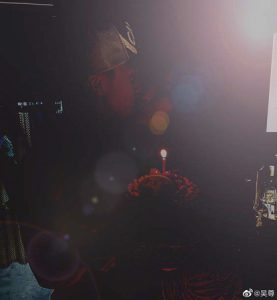 He said, “24 days today…. my life was changed, changed for the better… with you, I feel perfect.” He gifted his wife souvenirs he brought from Melbourne, where they both attended university. On the gifted perfume bottle, he wrote, “To my best friend, wife and super mom. Happy 24th anniversary!”

Wu Chun shared a photo of him kissing his wife, but the photo was darkened to protect his wife’s privacy.

The couple started dating when they were 16 years old, in 1996. Following his debut with Fahrenheit in 2005, Wu Chun’s popularity skyrocketed. His wife—then girlfriend at the time—didn’t want to be in the public eye, and also didn’t know how to deal with the press should the relationship go public.

Wu Chun is extremely grateful for his wife’s support and patience. “I understood and respected that decision,” Wu Chun had said. “Because of her 100 percent support, I was able to confidently face all the difficult challenges in my entertainment career.”

Wu Chun and his wife have two children: Neinei, born in 2010, and Max, born in 2013. Both of his children had starring roles in the Chinese reality show Where Are We Going, Dad? <爸爸去哪兒>. 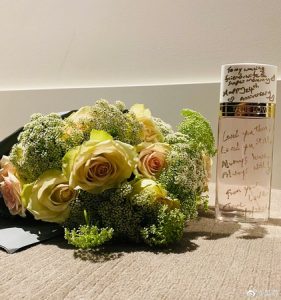 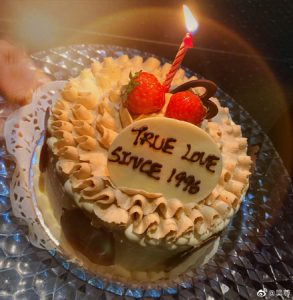