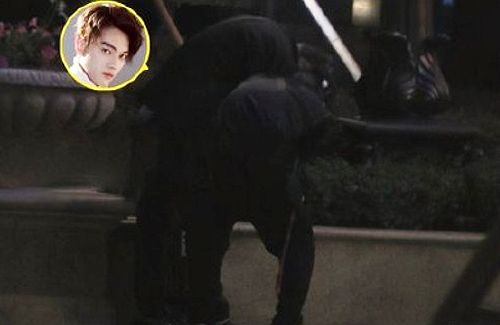 The Story of Yanxi Palace <延禧攻略> star Xu Kai (許凱) is usually calm, cool, and collected. The 25-year-old actor gave fans a glimpse of his more uninhibited side recently when he was spotted out drinking with his friends.

After the massive success of The Story of Yanxi Palace, Xu Kai’s popularity skyrocketed and he is currently in Hengdian filming for a new drama. After filming one night, Xu Kai met up with several friends for dinner to relax and decompress. At the gathering, Xu Kai seemed to have let loose and drank heavily, as he was spotted out on the streets later, unable to stand properly.

A friend who was accompanying Xu Kai had to help support him as he tried to walk. After a few steps, however, his friend was brought down by Xu Kai’s drunken weight and unstable footing. When the duo was finally able to flag down a cab, the driver and friend had to go through immense efforts to get Xu Kai in the car. 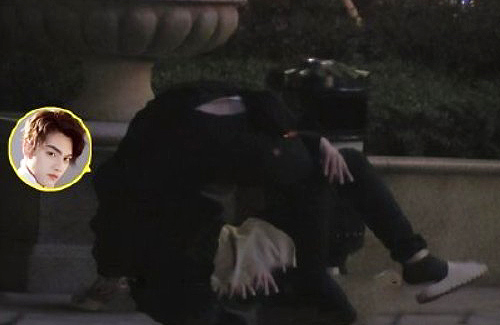 While it is normal for a young actor to party with friends, Xu Kai’s popularity has led to a history of being stalked and harassed by overzealous fans. His drunken state, though natural and common under ordinary circumstances, led to heated discussion by fans. While some brushed off the news with comments such as “It’s just a dinner with the crew” and “He is an adult having some drinks. What’s the big deal?” Others were more inquisitive and wrote, “Perhaps he has something that is bothering him?”