Xu Kai’s New Drama “The Legends” is a Pleasant Surprise 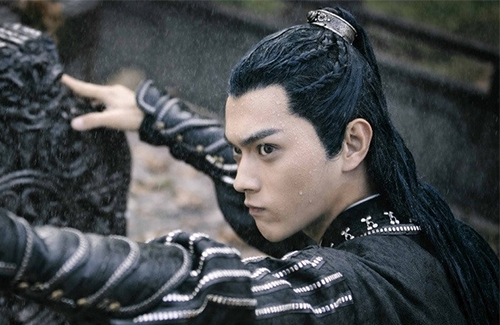 The Legends <招摇>, a fantasy drama based on the book fo the same name, wasn’t exactly the most anticipated television drama when it was first announced in 2017. Xu Kai (许凯) was still relatively unknown at the time, as the series started filming before the broadcast of his hit TV show Story of Yanxi Palace <演習攻略>, which brought him to overnight fame.

Fans, however, are happy to know that The Legends is not a waste of time. 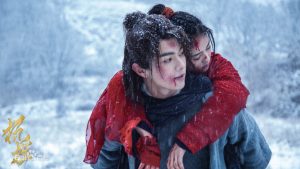 A romantic comedy that is set in a xianxia world, The Legends’ premise didn’t sound entirely original, but its focus on “devil” characters, which are traditionally seen to be evil, gives the show a new unique touch.

The Legends starts off with Qin Zhiyan (Xiao Yan 肖燕) of the Immortals Sect, who turns to the “dark side” in order to avenge for her father’s death. Bai Lu (白鹿) stars as the eponymous lead Lu Zhaoyao, a killer who is as soft-hearted as she is straight-forward. She is an experienced assassin, but her skills are compromised after meeting the devil’s son, Li Chenlan (Xu Kai). Zhaoyao and Chenlan’s back-and-forth banter adds more comedic elements to the story.

Their romance serves as a major plot in the series. Quotes like “He is my only weakness and my only strength” and “I am thankful to find the things I’ve lost. I don’t want anything else but only for your safety” have become taglines amongst fans.

The Legends premiered on January 28 and is slated for 55 episodes.