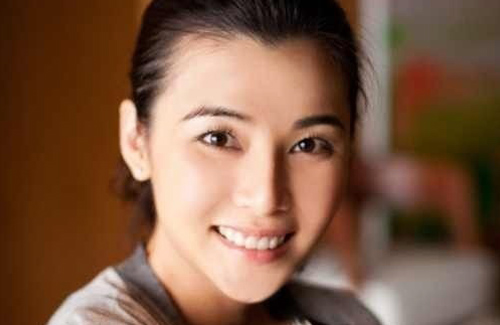 Yoyo Mung (蒙嘉慧) was reported to have signed a contract with HKTV to film for an upcoming 20-episode detective series. Because Ricky Wong (王維基) has ordered to terminate the filming, Yoyo allegedly has already pocketed $1 million HKD without having to do any work.

Yesterday, Yoyo attended RTHK’s 2012 TV Program Appreciation Index Survey – Best Program Award Ceremony. Yoyo’s TVB contract expired last month and she chose not to renew a filming contract with the company, hoping to experience a new chapter in her career. She stressed that she is currently a free agent who is not committed to any particular long-term contract. Although her manager had communicated with Ricky, no contracts have been signed.

As for the rumored detective series, Yoyo said that she has not even received a script and is unsure of the matter herself. Did she not dare sign a contract because of HKTV’s delay in receiving a license? “I’m not worried. It’s impossible that everything will be set with only 10 hours of production. I’m taking a rest right now, because I have a tooth inflammation that still hasn’t recovered after months. It hurts when I speak or eat.”

Medical crime drama, A Great Way to Care 2 <仁心解碼II>, which stars Alex Fong, Yoyo Mung, Tavia Yeung (楊怡), and Ben Wong (黃智賢), is currently airing in full swing. Although Yoyo was unable to attend the drama’s official promotion, she expressed she will take the responsibility to help promote in other ways. Yoyo hopes to raise the drama’s viewership ratings, which averaged 28 points last week.

Portraying a forensic psychiatric consultant, Yoyo expressed that she did not know that netizens would make fun of her character’s outlook and refer to her as “Glasses Woman.”