Chinese television producer Yu Zheng (于正) has produced some of China’s most popular television dramas. Some of the country’s most expensive actors, including Yang Mi (楊冪), Zanilia Zhao (趙麗穎), and Chen Xiao (陳曉), have all found overnight fame after starring in his productions. But despite having such power in the television industry, Yu Zheng doesn’t exactly have the most positive image.

Since as early as 2009’s Beauty’s Rival in Palace <美人心計>, Yu Zheng has been openly accused by others for copying plot devices from other television dramas. Yet, year after year, Yu Zheng continues to make dramas that get popular with viewers, and his place in the Chinese TV industry only solidified after making the uber-popular Palace <宮>, the 2011 Qing dynasty series that shot Yang Mi to fame.

In regard to the plagiarism claims, Yu Zheng had this to say: “Art is something that should be succeeded and developed, and I stress that I will continue to do that. Chinese television has been in development for so many years. Can you name one plot device that hasn’t been used before? When has anyone sued Yu Zheng for plagiarism? No law was broken. Some things cannot be deemed as copied. They are just used as reference, and I was never punished. People have said I copied TVB, but TVB still purchases my dramas!”

Netizens have counted at least 10 TVB dramas that Yu Zheng had used as “reference.” Yu Zheng’s love for TVB dramas isn’t out of the ordinary—the producer had actually started his screenwriting career with TVB. In August 1998, Yu Zheng was hired by TVB to work at its Shanghai branch office, where he later connected with Hong Kong director Raymond Lee (李惠民), who became his teacher. 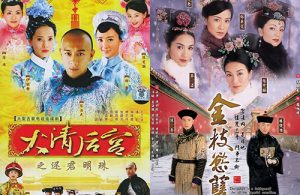 In TVB’s War and Beauty, Yi-sun (portrayed by Charmaine Sheh) placed a needle inside the shoe of On-seen (portrayed by Maggie Cheung Ho-yee) as a way to warn her. However, she later claimed that she had dropped the needle by mistake. A similar thing happened in Concubines of the Qing Emperor, but instead of a shoe, the needle was put inside a dress. From revenge plots to cunning characters, the general plot of Concubines resembled War and Beauty.

Yu Zheng never hid his love for War and Beauty, calling it as one of his favorite television series. He hired Jacky Chan (陳國樑), the composer of War and Beauty’s OST, to score his 2018 series Story of Yanxi Palace <延禧攻略>. 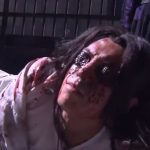 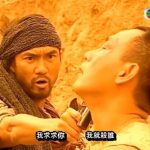 In TVB’s The Dance of Passion, Yim Man-hei (portrayed by Bowie Lam), who was blinded, was threatened by an enemy to choose one of the two women who loved him. The woman he chose would then die. The same plot device was seen one year later in The Legend of Chu Liuxiang, in which Yu Zheng was the head scriptwriter. 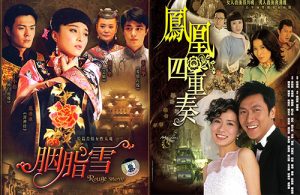 The opening scene of both dramas was a wedding. Rouge Snow’s groom Gu Shaotang (portrayed by Yu Xiaowei) was similar to Wang Yuk-lun (portrayed by Sammul Chan) in Maidens’ Vow—both grooms were from a wealthy family, and both grooms left the wedding to gamble. Their wager: the bride’s undergarment. 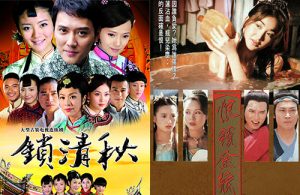 In Gentle Reflections, Poon Kam-lin (portrayed by Irene Wan) threw a bar of soap at the man who was peeking into her bath, cutting the corner of his eye. She later found out that the man was the patriarch. That was exactly the way how Du Lanyan (portrayed by Ady An) was violated in Love Tribulations. 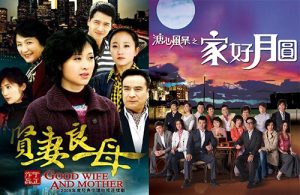 In an 18-minute clip that had been widely circulated, netizens listed out 13 similarities between the two series. From copying character backgrounds to plagiarizing major story arcs, Good Wife and Mother was basically another version of Moonlight Resonance. Yu Zheng, however, had denied plagiarizing, claiming that he started filming Good Wife and Mother before the broadcast of Moonlight Resonance in 2008. 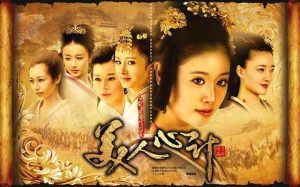 The 2010 series that brought fame to Ruby Lin (林心如) and Sammul Chan (陳鍵鋒) in China was accused for copying several works by TVB, including War and Beauty and Rosy Business <巾幗梟雄>. It was also said that the series plagiarized the short story Turbulence in the Empress’ Chamber <未央沉浮>. After netizens pointed out similarities between the two stories, Yu Zheng hastily purchased the adaptation rights of Turbulence and said Rival was its adaptation.

Despite the popularity of Palace, it made headlines for sharing similarities with 2000’s Meteor Garden <流星花園> and Scarlet Heart <步步驚心>, which also aired in 2011. In Love with Power <山河戀·美人無淚>, which aired in 2013, was accused for copying 2011’s Empresses in the Palace <後宮甄嬛傳>. Viewers have also noted character similarities between Story of Yanxi Palace and Ruyi’s Royal Love in the Palace <如懿傳>. Although Yanxi aired first, Ruyi started production a year earlier.