Yu Zheng defended his artiste by hitting back at a netizen’s critical comment.

Nicknamed “golden producer,” famed Chinese producer Yu Zheng (于正) has always been a straight talker fearless of netizen attacks, and would often lash back at them online. Recently, he slammed yet another netizen over the latter’s criticism of actor Song Weilong (宋威龍).

Recently, 21-year-old Song Weilong garnered much attention as the male lead of well-received drama Go Ahead <以家人之名>. As Song Weilong is under Yu Zheng’s management company, the producer took the chance to compliment the young actor in a Weibo post. “When we settled on Song Weilong as the male lead, I had just finished reading episodes 1 to 5 of the script, and it felt like a Korean drama as it was very interesting and heartwarming. I had not expected that the onscreen delivery can be so good–the director is great and the cast are also outstanding. Longlong is getting better and better.”

After Yu Zheng’s post, a netizen replied that Song Weilong’s acting actually pales in comparison to male co-star Zhang Xincheng (張新成), who was able to convey the bonds of a family well, whereas Song Weilong’s acting was too flat. Responding directly to the netizen’s comment, Yu Zheng defended Song Weilong and took shots at the commenter. “The acting style will of course differ according to the character. Don’t flame or stir things up–only the villainous will do such things,” he wrote. 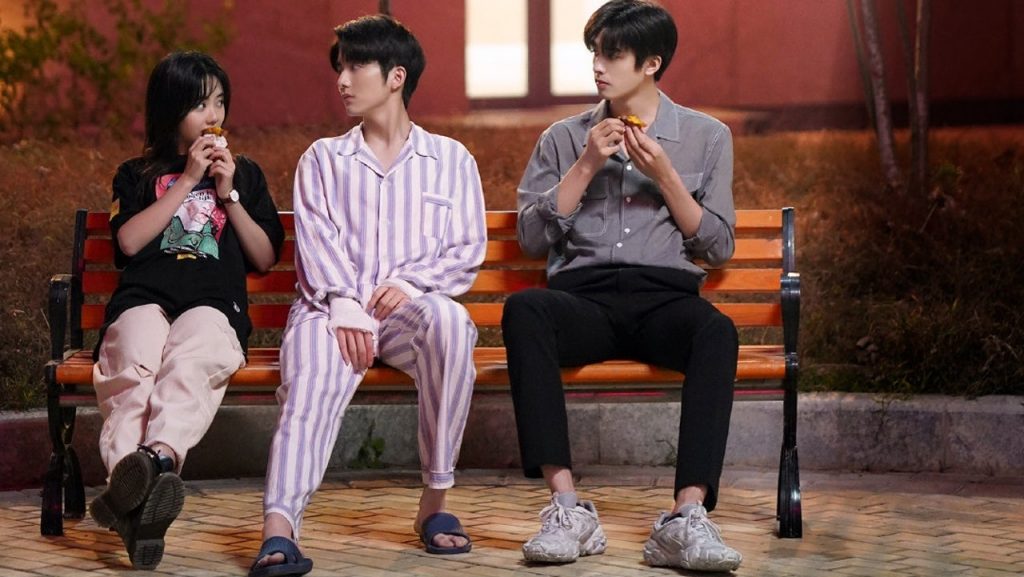 Standing out with his good looks, Song Weilong is one of the most favored young actors under Yu Zheng’s management. The drama Go Ahead, in which he plays non-blood-related siblings with Tan Songyun (譚松韻) and Zhang Xincheng, received an overall positive reception due to its heartwarming and touching storyline. Song Weilong’s amicable onscreen character of a filial son, who always puts his sister Li Jianjian’s interests above his own, is also likable and one of his most well-received works since his debut.