“Beauty at War” Plunges to 19 Points in Ratings 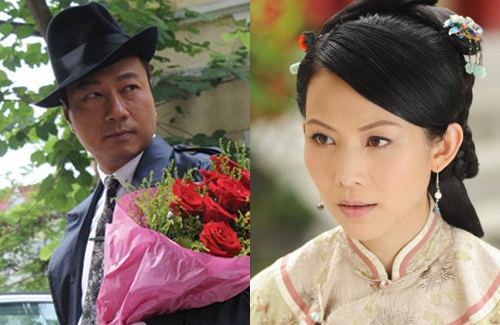 TVB prime time series Beauty at War  <金枝慾孽貳> and Bullet Brain <神探高倫布> have been plagued by low ratings and numerous viewer complaints since their debuts last month. Despite unconditional support from its cast and crew, Beauty at War‘s ratings slipped two points in its second week, averaging only 21 points or roughly 1.35 million viewers. Bullet Brain also saw a slight dip in ratings as it enters its final week, averaging 22 points. Desperate to retain audience during its golden time slot, TVB is ramping up promotional efforts, filming guidance clips to improve viewers’ experiences.

As a response to comments about Beauty at War‘s confusing plot, TVB summoned its main cast last week to film a series of short interviews. The clips complemented episodes that aired last week, providing brief summaries and explained the complex relationships between the numerous characters. In addition, the company will be holding major promotional events next week, hoping to generate buzz for the ailing drama, which plunged to 19 points during an all-time ratings low for the drama.

Bullet Brain suffered the same fate last week, losing to sitcom Come Home Love <愛·回家>, which earned an average of 25 points. Some viewers complained about the series’ highly-embellished fighting scenes, finding them out of place and unnecessary. Speaking to reporters,Wayne Lai (黎耀祥) emphasized that Bullet Brain is a fantasy drama and reflected on its failure. “Even movie kings suffer from poor box office from time to time. Actors who don’t have a guaranteed audience must be extra careful when filming new genres. Viewers have expectations and will question any unreasonable story line.”

Michael Miu (苗僑偉), whose series A Change of Heart <好心作怪> is slated to air after Beauty at War, expressed shock at Beauty‘s poor performance. “Is it because of [Advanced Level] exams or an error from the ratings agencies? Beauty at War may not be suitable for some viewers. My series is really funny and very easy to understand. I hope we will achieve high ratings.” When asked if he is confident that TVB Chairman Norman Leung (梁乃鹏) would treat him to a celebratory meal, Michael quipped, “If he doesn’t treat me, I will treat him! If A Change of Heart earns a lower rating than Beauty at War, I will treat Mr. Leung to a meal instead. I will also personally apologize because we [actors] are responsible for poor ratings.”