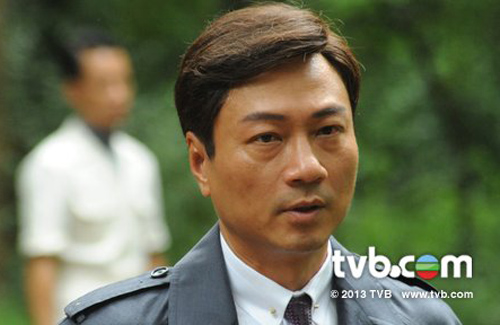 Bullet Brain <神探高倫布> finally aired its finale last Friday, May 10 with the ratings peaking at 28 points. Although many people tuned in for the final episode of the controversial drama, it still received many negative responses.

Many thought the ending of Bullet Brain copied the popular Hollywood movie Inception. Additionally, with Natalie Tong’s (唐詩詠) rape scene, Bullet Brain successfully drew in approximately over 1.8 million viewers for the finale, unlike the recent episodes of Beauty At War <金枝慾孽 (貳)>, whose ratings dropped to an all time low of 18 points.

Even though the episode began with Natalie’s rape scene, the audience members were not impressed by the fact that TVB has broadcast these types of scenarios far too many times in the past year. Many of the viewers criticized the final episode and posted many negative comments on Facebook, which surprisingly caused an increase in viewership due to the intense discussions. Viewers who normally did not follow the drama in the early episodes tuned in to watch the finale out of curiosity, boosting the ratings.

When asked about Inception, producer Lee Tim Sing (李添勝) blasted the movie to be awful and boring, so who knew that the ending of Bullet Brain would be so similar to Inception? However, many ridiculed the imitation. Viewers said that during the dream inception scene, Wayne Lai (黎耀祥) somehow turned into Pro Sir, his character in Forensic Heroes 3 <法證先鋒III>, while Natalie was similar to her character in A Fistful of Stances <鐵馬尋橋>, in which she also got raped.

Audience members then sympathized with Sire Ma (馬賽) as she is one of the female artists with the most rape scenes in TVB.

Despite the low viewership ratings for the series, the cast members were not shot down by the severe criticism. After the finale, Ngo Ka Nin (敖嘉年) added, “I get too attached and end up feeling very nostalgic when a series ends. I know that not everyone liked Bullet Brain, but I think the most important part was the process and experience. For those who tuned into Bullet Brain, I want to thank you for all the support and encouragement!”

While Bullet Brain generated the highest ratings among all TVB productions last week, Beauty at War <金枝慾孽(貳)> continued to suffer in ratings, averaging 21 points. In last Thursday’s episode, it even plunged to 18 points, marking it as one of the lowest-rated dramas in the past few years.