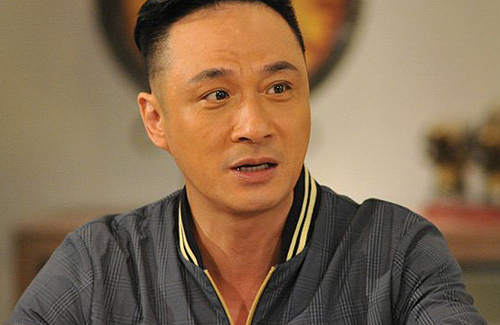 HKTV’s Ricky Wong (王維基) has been poaching TVB artists for the last two years. Since announcing its plan to broadcast dramas over the Internet, HKTV will need additional artists to film for their productions. The latest targeted artists are Francis Ng (吳鎮宇) and Sheren Tang (鄧萃雯).

Originally, Ricky wanted Moses Chan (陳豪) to sign with HKTV.  With Moses successfully renewing his contract with TVB, Ricky pursued Sheren and Francis instead and offered them large compensation in return.

HKTV has been eagerly pursuing Sheren after her relationship with TVB was damaged during the broadcast of 2013’s Beauty At War <金枝慾孽貳>. Due to the frequent last minute script changes, Sheren personally requested that HKTV would provide all finished scripts and stated that she would not participate in costume dramas. Since former TVB producer Jonathan Chik (戚其義) is pursued by HKTV, Ricky even tried mending the broken relationship with Sheren.

Although the Hong Kong government rejected HKTV’s free-to-air television broadcasting license, HKTV’s dramas will air over the Internet starting July 2014. With the media hype over HKTV’s plans, Francis also oshowed hsi interest. When prodded about possible collaborations with Sheren, Francis disclosed, “I will have to look at my schedule first since it’s very full right now. Even if I’m okay with the proposed plans, everything will have to wait until the end of the year or even the next. I can only say that it’s up to timing matters.”

82 comments to HKTV Interested in Francis Ng and Sheren Tang