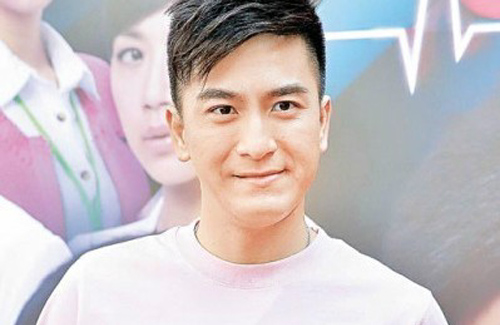 With just two weeks left before the TVB Anniversary Awards, Kenneth Ma (馬國明) is making each day count by rallying for TV King votes during promotions for The Hippocratic Crush 2 <On Call 36小時 II>.

Last year, Kenneth became a dark horse favorite after he took home Best Actor at the Astro on Demand awards. He later campaigned with other hot contenders for TVB TV King on public streets, and admitted that winning would give him a much-needed confidence boost. In spite of his best efforts, Kenneth failed to claim the coveted title.

Kenneth is facing this year’s race with much lowered expectations. Even though he had already become TV King in his colleagues’ eyes, Kenneth would call himself lucky for just making it into the top five. Despite being the hottest contender out of all the TVB-managed nominees, his likelihood to win is still threatened by more established artists Chilam Cheung (張智霖), Francis Ng (吳鎮宇), and Dayo Wong (黃子華).

Kenneth probably knows then that his most practical move is to win over the public with his natural charms. On December 3, the cast of The Hippocratic Crush 2 visited a local high school to make noise for their series. A popular idol with many female fans, Kenneth took the opportunity to greet them personally and gave them plenty of time to snap photos. He also joined in a game of soccer, giving the students an up close and personal experience that will likely keep him in their minds on December 16.

Kenneth called this his last ditch effort before the Anniversary Awards, saying he will not attempt his flashier tactics from last year. He also feels that he should focus on promoting his series, believing that his TV King chances will depend largely on the popularity of the show. “I have always had a normal mindset [regarding TV King]. I hope I can win more votes from the momentum generated by the series finale, since The Hippocratic Crush 2 will end the night before the awards ceremony.”