Michael Tse: “Everyone is Hotter than Niki Chow!” 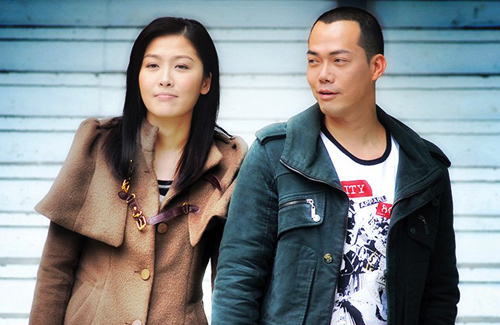 After premiering overseas first, Sergeant Tabloid <女警愛作戰> which stars Michael Tse (謝天華) and Niki Chow (周麗淇) as a pair of bickering lovers, is finally airing in Hong Kong on March 11. The romantic police comedy had generated a lot of interest during its filming in Hong Kong. To keep audiences in suspense, a brand new finale was filmed for its local broadcast version.

Producer Nelson Cheung (張乾文) promised the Hong Kong edition’will be worth the wait. It will feature previously unseen scenes, new sound effects and animation as well as a new ending. Michael and Niki are confident that the series will be able to attract viewers as much as the overseas version. Sergeant Tabloid will touch on current issues in Hong Kong, including the problems of parallel imports, the freedom of the press and the public’s rights.

In the drama, Michael plays a resourceful Hong Kong tabloid reporter who at one time, even went undercover as a gigolo to gather information. On top of that, he will have a bed scene with sexy host, Becky Lee (李璧琦). At the promotional event for Sergeant Tabloid yesterday, Michael said delightedly, “I’m handsome and cool. No wonder Becky likes me! Have you seen Becky’s travel special where she wears a bikini? Compared to Niki Chow, Becky is so much hotter!” And then Michael added mischievously, “Compared to Niki Chow, everyone else is hotter.”

Niki and Michael started off being at loggerheads with each other in the show. Only after sharing similar experiences, do they start to fall for each other. Responding to Michael’s jibe at her lack of a figure, Nicki retorted jokingly, “So? Forget it! In the show, he’s a low class jerk. In real life, he’s one too!”

Playing a policewoman for the first time, Niki hopes she will leave a good impression on the viewers. Like herself, Niki’s character will be luckless in love, even at 31 years old. Though Niki admitted the character is similar to her in this aspect, she still had fun filming Sergeant Tabloid as the cast is mostly made up of females. The rapport of the cast was so great that even on their rest days, they would come to the set to visit.

16 comments to Michael Tse: “Everyone is Hotter than Niki Chow!”