After the finale of Line Walker: Bull Fight <使徒行者3> aired, many viewers are already speculating that there will be a fourth installment. With added twists and turns, as well as cameo appearances in the last episode, the story can explore new avenues should TVB decide to extend one of its most popular franchises.

In the final episodes, Kenneth Ma (馬國明) was caught in an intense gunfire battle with Michael Miu (苗僑偉), Raymond Lam (林峯), Benjamin Yuen (袁偉豪), and Benz Hui (許紹雄) before Mandy Wong (黃智雯) managed to turn the tables by stealing an important piece of evidence. Although Kenneth became a nationally-wanted criminal and was about to be shot by Michael, Mandy ended up taking the hit for him. While viewers initially thought Kenneth was going to survive and escape, he was suddenly shot by a mysterious sniper. 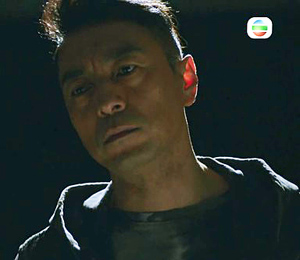 Despite not showing the face of the sniper, viewers were quick to identify that the pose and general look of the sniper greatly resembled Laughing Gor, Michael Tse‘s character from Lives of Omission <學警狙擊>.  Perhaps gearing up for a possible crossover, Joseph Tsang (曾舜晞) survives his death and has a short scene with Philip Keung’s (姜皓文) character Bingo from The Defected <鐵探>. With Laughing and Bingo being the two most popular undercover cops in recent years, viewers are excited to see how their characters will be weaved into the Line Walker story.

Line Walker: Bull Fight boasted an impressive ensemble cast, but only received mediocre feedback from viewers.  While many were excited to see Raymond reprise his role, some thought the absence of Charmaine Sheh’s (佘詩曼) character made the drama lacking. Viewers were also unhappy over the number of different story arcs embedded in the drama and found it very distracting to watch – especially since Raymond’s scenes were visibly reduced.

Explaining the reason behind Raymond’s reduced scenes, Producer MC So (蘇萬聰) explained, “Raymond and Charmaine’s love story was very well written – it was too successful and people had a lot of hope and expectations for Line Walker: Bull Fight. Charmaine couldn’t find time in her schedule to film, and it was unfortunate that we weren’t able to give Raymond more screen time for his love story with Charmaine. That’s why people thought Raymond didn’t have enough scenes in the series!”

As well, Producer So did not deny the possibility of turning the next installment of Line Walker into a crossover special and believes that the addition of Laughing and Bingo would bring freshness to the Line Walker franchise.