Selena Li Not in a Hurry to Get Married 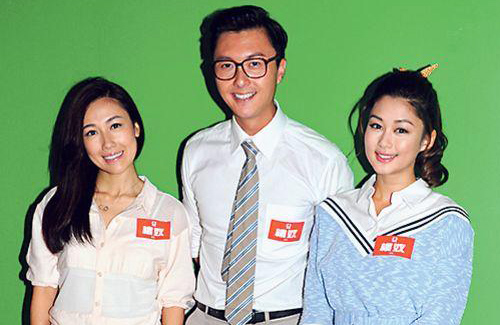 TVB drama, Flat Slave <樓奴>, held a blessing ceremony in Tseung Kwan O this week. Lead star, Selena Li (李詩韻), who openly admitted last month that she has a boyfriend, opened up about her new relationship.

Selena’s good friend, Aimee Chan (陳茵媺), recently announced that she is pregnant again. Selena said she is elated for Aimee and her husband, Moses Chan (陳豪). Selena revealed that she and Aimee often contact each other in private. Contrary to rumors that Aimee will quit acting, Selena clarified that Aimee loves acting and has sacrificed her career for her family. It is expected that Aimee will return to acting sometime in the future.

Asked if Selena wants to get married and have children, Selena said she is currently enjoying dating life and has no plans for marriage soon. What happens if she becomes pregnant? “We’ll figure out what to do then, but I don’t want to have children until after I get married. I don’t want to put pressure on others. In January, I will go to Singapore to film a drama. I want to finish all my jobs before thinking [about marriage]. I’ll play with my friends’ babies first. When they grow older, I want them to be my flower girls and boys at my wedding.”

While shooting a scene for Flat Slaves a few days ago, it was reported that Vincent Wong (王浩信) groped Eliza Sam’s (岑麗香) chest when the former was trying to save her from drowning. Eliza denied those reports and expressed that both of them were just doing their best for the scene.

Eliza said she knows how to swim, but because the water current was very strong, she had floating plates attached to her.

Although Vincent and Eliza portray a couple in the series, they will not have any overly intimate scenes. Vincent revealed with a laugh, “In the scene where I save her from the water, I was supposed to give her CPR, but in the end that was cut and Eliza sprayed water all over my face instead.”