“Silver Spoon, Sterling Shackles” to Be Made into Trilogy? 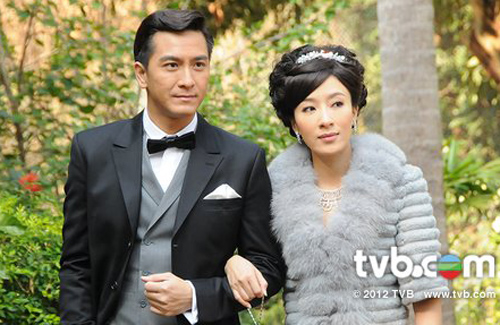 The drama broadcast to fair ratings last December, and a mainland Chinese media outlet reported that two more series will be filmed for the Silver Spoon, Sterling Shackles line-up. The second series will be set in the war times and tells the story of how the Chung family will come together after being separated in the first part. The third installment will still revolve the Chung family, but the setting will be the financial crisis in 2012. There was no mention of the cast.

The report of the Silver Spoon, Sterling Shackles trilogy generated much attention from netizens, who were quick to discuss the cast. While several netizens demanded that Rebecca Zhu (朱晨麗) should not be cast in the sequel, another declared that he will only watch if Tavia Yeung (楊怡) appears in the new series. Some wondered if Adam Cheng (鄭少秋) and Angie Chiu (趙雅芝) may appear in the new series.

There are even more who questioned the need for sequels. “The ratings for Silver Spoon, Sterling Shackles is average. Why make a sequel” and another added, “The ending is good enough. Don’t continue anymore.”

Having said that, the credibility of the report is greatly questioned. Putting aside the average ratings, the drama was criticized for its poorly written storyline and bad editing. Newcomer Rebecca Zhu was also highly criticized for her poor acting. With the lukewarm response from the viewers, a sequel, not to mention two series, may be too risky for TVB to take on now.

63 comments to “Silver Spoon, Sterling Shackles” to Be Made into Trilogy?