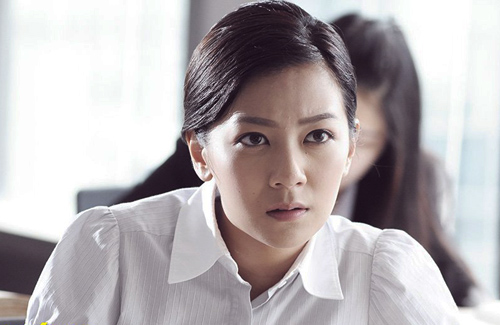 Entering the entertainment industry through her participation in the first season of TVB singing competition The Voice <超級巨聲>, Stephanie’s musical career has not taken off, but her popularity has been on the rise after shifting her focus to acting.

Although Stephanie is the only one out of the four women who did not come from a beauty pageant nor modelling background, her bubbly and chirpy personality greatly appeals to viewers. Stephanie’s role in Golden Chopsticks <食為奴> showcased her cute looks, but television forums have been buzzing with activity since Raising the Bar aired.

Many netizens even found Stephanie to be the prettiest among the young actresses in Raising the Bar. There were also other netizens who brought up Stephanie’s past as a competitive golf player, admiring her for being multi-talented. Stephanie had, in fact, represented Hong Kong at the 2010 Asia Games in golf and was ranked 26th out of the 30 shortlisted competitors!