Getting married on November 7, Stephanie Ho (何雁詩) and Fred Cheng (鄭俊弘) are in the final stages of preparations before the big day. Though the couple only dated for two and a half years, their journey seems longer due to the obstacles and negativity they have overcome. Since Fred was already engaged to another woman at the start of his relationship with Stephanie, the couple faced criticism including initial disapproval from Stephanie’s father, who took time to observe the actor/singer before giving his blessings. 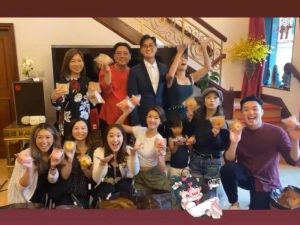 Stephanie grew up in the lap of luxury, as Mr. Ho owns a successful transport and logistics empire with business locations in China and overseas. With an estimated total worth of $600 million Hong Kong dollars, Mr. Ho has three properties under his ownership which are valued at HK$60 million. Last month, the Hos’ luxurious 5000-square-foot home was exposed when they invited family and friends to a traditional Chinese pre-wedding celebration.

At the gathering, Fred seemed to get along well with Mr. Ho, but this was not the case when they first met. As Stephanie is Mr. Ho’s only child, he always had high expectations of Stephanie and was naturally very concerned about whom she was dating. The 70-year-old businessman said, “When they said they were dating, I observed Fred closely and saw that he has a good personality. Though he doesn’t talk much, he is filial and respectful towards the elderly.” 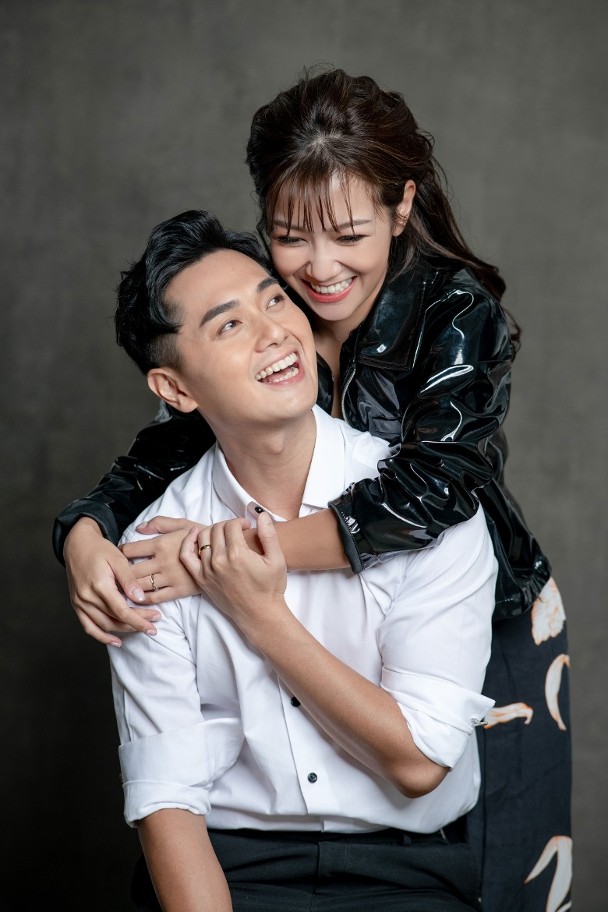 As Fred and Mr. Ho got to know each other more, they had increasingly more topics of conversation. Known for his love of golf, Mr. Ho remarked, “Many people will get frustrated when the golf practice doesn’t go well, which shows they have a poor temper. But I haven’t seen Fred get frustrated when he has a bad golf game.”

Finances are Separate from Her Parents

The actor is often seen attending big events hosted by the Ho family, and while Stephanie is happy that her fiance fits in well with her parents, she denies the media’s label of Fred as a “millionaire son-in-law.”

Stephanie said she does not even know how much her father’s total worth is, “Our fiances are independent. I hope Daddy can enjoy the money he earned and has a comfortable retirement. I don’t know if Fred saw the reports or not, but we aren’t too bothered by [the tabloids]. It’s most important that our family relationships are good.” She added that most of the wedding costs were paid by Fred and herself.

Excited for her wedding on Saturday, Stephanie has been sharing photos of her family on Instagram –especially thanking her mother for being her lifetime role model. Many of Stephanie’s fans left congratulatory messages and sent their blessings, thrilled that she has finally found happiness.

Stephanie Ho Talks About Extreme Dieting: “I Want to Smack Myself”