Stephanie Ho Talks About Extreme Dieting: “I Want to Smack Myself” 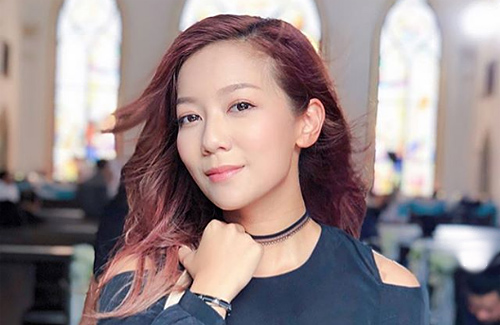 In order to achieve the socially accepted standards of “beauty”, many actresses go through extreme measures to attain what is widely perceived as “physical perfection”. Often this means following extreme dieting methods to lose weight quickly. 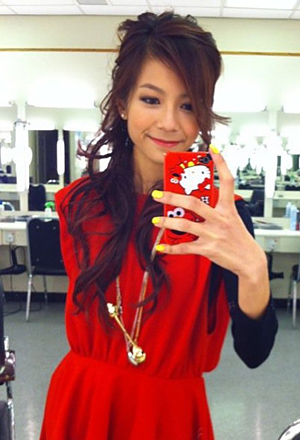 Stephanie Ho (何雁詩), who has had a history of depression and suicidal tendencies, recently opened up about her issues with body image. She posted a throwback photo of herself in 2011 on social media, which showcased her extremely thin limbs.

Accompanying the photo, Stephanie wrote, “Ever since I was little, I have always been a chubby kid. I ate everything and wanted to participate in everything. I was a silly, happy-go-lucky girl. That is, until the year I participated in the Asian Games*. That was also the second year since I joined the entertainment industry. Suddenly, because of something that happened, some societal pressure, and some pressure I gave myself, I decided I needed to control what I was eating. I limited each of my meals to only one fish ball. Every bite I took, every sip I drank, I was calculating my calories. The largest meal I ate in a day was breakfast, which was about 150 calories.”

The 26-year-old singer is now in a better mental and emotional state. She has learned to love herself and have a positive body image. No longer counting calories and taking extreme dieting measures, Stephanie now weighs a healthy 105 pounds for her petite 5-feet-2-inch frame. She reflected, “I really want to return to the time when I weighed only 78 pounds, and smack myself on the head and tell myself: ‘As an athlete representing Hong Kong, is it really worth giving up on everyone who loves you for some people who don’t love you?’”

She continued, “Last but not least. I wanted to share this short tidbit of my past with everyone because I wanted to say… don’t change yourself to fit into the mold of beauty standards that society has idealized. Don’t change yourself for people who don’t love you. Don’t mistreat yourself, because there is someone who loves you in this world. Eight years ago, a fan was worried that I was unhappy, and created a short clip to show their support for me. Thank you for what you did back then. I am also grateful for those of you who are supporting me now!”

*Asian Games: also known as Asiad, is a multi-sport event held every four years among athletes from all over Asia.

4 comments to Stephanie Ho Talks About Extreme Dieting: “I Want to Smack Myself”