Bride to be Stephanie Ho (何雁詩) has been doing a lot of reflective thinking lately. When not busy planning for her November wedding, Stephanie has been revisiting the memories she and fiance Fred Cheng (鄭俊弘) share. Their relationship was off to a rocky start, as Fred kept her in the dark that he was already engaged when they started dating. It took a lot of courage for the couple to face the public backlash together and decide to get married.

At the beginning of their relationship, Stephanie was labeled as a homewrecker after the media revealed that Fred was already engaged. Caught off guard, Stephanie said, “I was shaking with shock. I only knew one or two days before the media [published the reports] because Fred called me to clarify.” 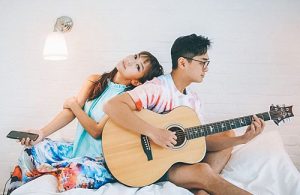 The public reaction to Stephanie and Fred’s relationship was harsh and both artistes’ careers took an immediate nosedive. Instead of being angry at Fred, Stephanie chose to forgive him out of love. “Since I chose to be with him, there is no point in placing the blame on him. Once you start blaming someone, you will get used to pointing fingers and no one will be happy. We need to move from the past.”

Though choosing forgiveness, Stephanie did not forget Fred’s mistake but merely chose to focus on the situation at hand. When Fred realized how his actions negatively impacted their careers, he made her a promise. “He said he wanted to work hard to fix the mistakes from the past,” Stephanie said.

Due to intense public criticism and cyberbullying, Stephanie fell into a deep depression and lost control of her emotions. To make matters worse, she was forced to take a hiatus after losing support from her record label. “I admit that I am a very emotional person. Many people in the industry are like this, but why pick on me? I felt disrespected and it was a bit insulting. I was suffering from an illness. It was not my choice. Having a mental illness is almost like catching a cold.”

Her depression worsened and led to a drunken suicide attempt. Thankfully, Stephanie was hospitalized in time and has recovered from those dark days.  “It’s all in the past, and I don’t think about it. Like all the negative press, it’s all over. What I have been through, it’s enough to learn from it. I know to cherish the things I value and be a better person.”

Optimistic for the Future

After Stephanie’s brush with depression, she has re-branded herself as an indie singer and released a new single, “Desperation on Demand” <絕望時請點播> to chronicle her emotional roller coaster. Having learned to bravely face the negative press, Stephanie is now a more optimistic person. “Don’t need to worry. Everything is already out when you search for ‘Stephanie Ho’. I can only do my best in what I am good at like playing golf and making music. I hope I can do more positive works for the public to remember, so they won’t only remember the negative things.”

Looking forward to starting the next chapter of her life with Fred, Stephanie enthused, “Not only is he a good friend, he is my other half and [we fit] like a puzzle together. I wouldn’t have agreed to get married if he wasn’t the one! We are always optimistic towards the relationship, and feel we are very compatible. We react similarly to every situation, and nothing will affect our confidence in the relationship.”

This article was revised on September 30, 2020. The initial article incorrectly reported that Fred Cheng was engaged to Lesley Chiang at the time he was dating Stephanie Ho.

The couple is afraid COVID-19 may disrupt their planned wedding ceremony. 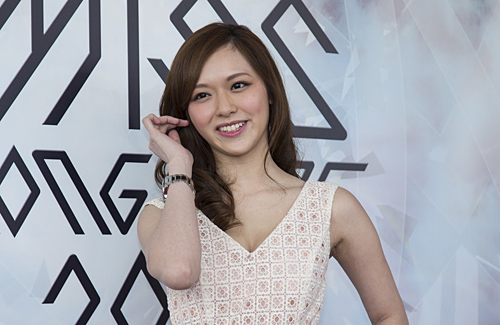 Crystal gives insight on what it’s like at the preliminary interviews for the Miss Hong Kong Pageant.