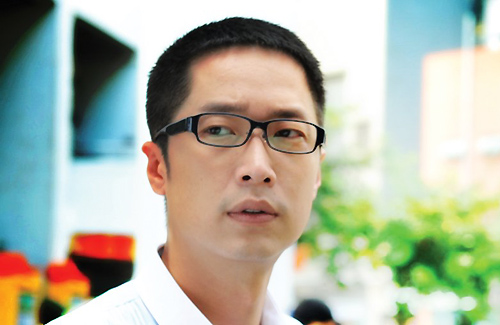 Steven Ma (馬浚偉) has revealed that he will return to TVB in May to film new period drama, Property Protector<守業者>.

Yesterday, the 41-year-old actor guested on Commercial Radio’s CR1 radio show to promote his comeback single and first plug, “Understanding” <心照>, a song he personally composed and wrote. The full-length studio album, which contains 11 tracks, will be released in June.

Steven revealed at the radio show that he is currently in final negotiations to return to TVB to film Leung Choi Yuen’s (梁材遠) new television serial, Property Protector. The period drama will take place during the Republican Chinese era, and Steven will be collaborating with old friends Maggie Shiu (邵美琪), Tavia Yeung (楊怡), and Evergreen Mak (麥長青).

“I’ve never filmed a drama in the Republican era before. I would like to do one.” When asked about how much TVB was willing to pay for his return, Steven said, “I am satisfied with my pay! I’m more worried about having to re-adjust [to TVB work hours]. The shooting pace in the mainland is slower, with one filming team per day. But in TVB, it is two filming teams per day.” Has Steven thought about protesting to TVB about the laborious long hours? He laughed, “That will be hard! But I feel that the [TVB] producers are now starting to consider their artists resting needs.”

Steven will be holding a concert in July and plans to return to Beijing in September to film another mainland Chinese drama.

36 comments to Steven Ma Will Film New TVB Drama, “Property Protector” in May