“There’s You on This Road” Achieves Top Ratings 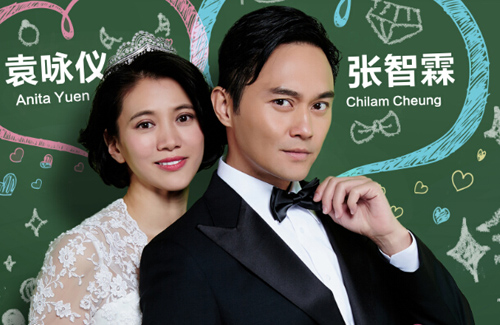 There’s You on This Road <一路上有你>, a Mainland Chinese reality television program featuring three celebrity couples who go through a series of unconventional and specially designed challenges, opened to favorable reception.  Last Saturday’s premiere episode achieved a spot in the top three highest viewership ratings, and its re-run achieved an impressive 8.4 percent, the top viewership rating for its time slot.

The couples participating in the program are Chilam Cheung (張智霖) and Anita Yuen (袁詠儀); Tian Liang (田亮) and Ye Yiqian (葉一茜); as well as He Zimin (赫子銘) and He Jie(何潔).

The purpose of the show is to test the love between each couple, and how well their marriage can cope with stressful situations. The couples were asked to perform tasks which were deliberately designed to be challenging and exhausting.

In the first episode, the three couples have already revealed the different ways in which they show love for each other. Married for a year, newlyweds Zimin and He Jie are extremely affectionate and vocal with their concern for each other. Zimin often asked He Jie, “Have you eaten?”; “Are you tired?”; and “Does your back ache?”

As for Tian Liang and Yiqian, who have been married for seven years, they collaborated very well together and showed each other plenty of mutual support.

Chilam and Anita, who have been together for 23 years, with 13 years of marriage, were the most reserved couple in displaying their affections. There was even an instant when Anita tried to seek comfort for her freezing hands, but was unintentionally ignored by Chilam. Nevertheless, given their years of marriage, their conversations showed a high degree of chemistry and were always full of light-hearted banter.

Many viewers tuned in to watch There’s You on This Road because they enjoy observing the couples’ varied but heartwarming displays of affection. A netizen commented via a Weibo post, “He Jie and Zimin look like they’re still in their honeymoon period, always giving in to each other. Tian Liang and Yiqian don’t exchange a lot of sweet words but complement each other very well, and they seem to have a very authentic relationship. It’s obvious from the small gestures they do for each other that there is love. Chilam and Anita may seem to have few sweet moments, but their loving relationship is evident from all the fun and laughter that seem to constantly fill their days.”