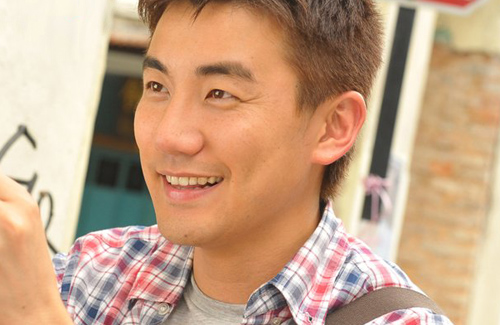 Award-winning host Tony Hung (洪永城) may be well-known for his presenting and variety prowess, but sometimes good hosting abilities do not guarantee skills in acting. Tony’s acting in recently aired TVB drama, Outbound Love <單戀雙城>, was heavily criticized by netizens, with most agreeing that Tony should just host travelogues and variety programs.

In 2010, Tony debuted as an entertainment program host for Cable Television, now known as the Entertainment Channel. Praised for his natural presenting skills, Tony’s popularity surged quickly. After joining TVB’s management in 2012, Tony was immediately offered to host the travel program Pilgrimage of Hope <走過烽火大地> .The show attracted extremely high ratings, winning the Best Informative Program award at the TVB Awards in 2012. In 2013, Tony returned for its followup program with Priscilla Wong (黃翠如). The show earned Tony and Priscilla the Best Hosts award at the TVB’s annual awards ceremony.

Rising in popularity, Tony was cast as the second male lead in Outbound Love, starring alongside established artists Ruco Chan (陳展鵬) and Aimee Chan (陳茵媺). Unfortunately, the critical praise Tony garnered in his hosting did not translate into his acting, and netizens heavily criticized Tony for his exaggerated expressions and poor speech enunciation.

“He should just stick to hosting,” one netizen wrote. “He has a very heavy lazy accent. It makes him sound like he’s stupid.” Another netizen had nicer things to say, writing, “His hosting is acceptable and it’s actually very well-received. As for his acting, just give him some time to work on it.” Fans of Tony encouraged critics to give the 30-year-old some more space for better development.

More experience leads to greater improvement, and Tony admitted that he has already reduced his hosting jobs to spend more time in filming dramas. Tony has recently completed the filming of romantic drama Love Me, Please Leave a Message <愛我請留言>, and is currently shooting Time for Marriage <男大當婚>, starring alongside Wayne Lai (黎耀祥) and Louisa So (蘇玉華).