Chinese actor Xiao Zhan (肖戰) has always been known for his handsome looks, but he continues to prove himself as a capable actor in military drama Ace Troops <王牌部隊>. In one crying scene, the intensity of his emotions shocked viewers.

Aired 0n December 26, 2021, Ace Troops stars Johnny Huang Jingyu (黃景瑜), Elane Zhong Chuxi (鍾楚曦), and Xiao Zhan as military officers who witness the capacity of humans surviving extreme hardship in face of war. Although Huang Jingyu and Xiao Zhan’s characters are initially at odds because of their different family backgrounds, one being a miner’s son and another from a well-regarded military family respectively, they develop a close fraternity after fighting on the same battlefields and helping others during natural disasters. While China is at an important crossroads in time, experiencing the rapid rise of technology advancement within all aspects of society including the Chinese military, the strength of the human spirit does not change. 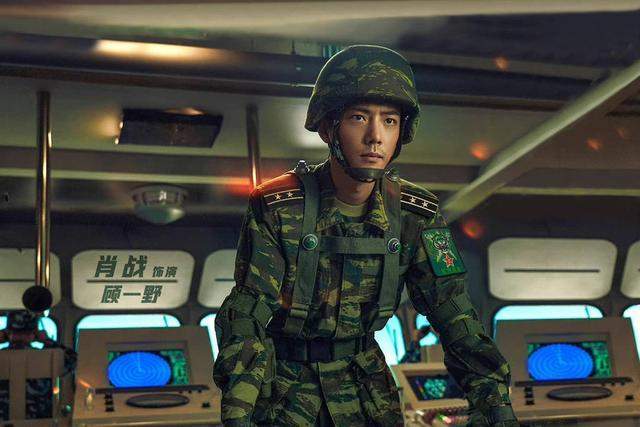 Since its broadcast, Xiao Zhan’s emotional scenes impressed viewers and demonstrated his growth as an actor. When Xiao Zhan’s captain sacrifices his life to save him from a landmine, he bursts uncontrollably into tears. This scene was very difficult to film, since Xiao Zhan had to adjust his mood and emotions in a short period of time. In the behind-the-scenes footage, the actor could be seen sitting quietly alone as he immersed himself into character before delivering his impactful performance.