“Always and Ever”: A Thousand Years of Love 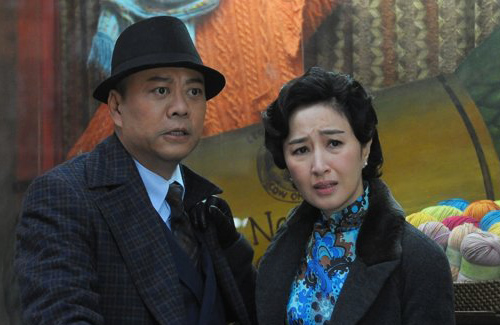 With a tragic love story that spawns a thousand years, TVB’s fantasy drama starring Bobby Au Yeung (歐陽震華) and Esther Kwan (關詠荷), Always and Ever <情逆三世緣>, finally premiered on Monday, August 12. It has been three years since Ester last filmed a television drama, and thirteen years since Bobby and Esther’s last collaboration.

Senior inspector, Circle (Bobby) accidentally kills his reporter girlfriend, Phoenix (Esther) during a field battle with criminals. His soul is transported back in time to the Song Dynasty 1,000 years ago, where he discovers that his past life was Judge Pao. He meets the royal female physician Hon Sheung Sheung, who is Phoenix’s past life. The two fall in love again, but royal advisor Ko Kai On (Ben Wong 黃智賢), who is in love with Sheung, curses Sheung to die in the hands of Pao for three lifetimes.

“Always and Ever” Producer Spills Secrets

It was not an easy task to convince Esther to make a comeback, but after hearing about her character’s tragic destiny, Esther immediately agreed to film the project. Producer Chong Wai Kin (莊偉建) revealed, “The first thing to attract Esther to make a comeback is to think about which roles she has never done before. We thought about a powerful triad leader in the 1950s. Then we came up with a thousand-year love story as a package. We calculated that the Song Dynasty was the most suitable era, and we designed her character to be a historic female scholar. Then we have her die in the hands of her lover three times. She gets to portray three different roles in one story. Definitely fun!”

Producer Chong further explained, “The curse began in the Song Dynasty. Esther Kwan’s scholar role, Hong Sheung Sheung, falls in love with Judge Pao. The royal advisor Ko Kai On always wanted to marry Sheung, but Pao stops him in all of his attempts. In order to protect Pao, Sheung is forced to make a vow that she will die in the hands of her love in her next lifetime.”

Despite the story’s tragic theme, producer Chong assured that the ending will be warm and sweet.

What about the theme of the story? “Devotion,” said the producer. “If you love someone, you will be willing to devote everything to that person, including your life.”

To add more humorous and mysterious elements to the story, Bobby portrays a lawman in all three of his lifetimes. “In present day, he is a cop. In the Song Dynasty, he is Judge Pao. In 1950s Hong Kong, he is the corrupted detective Wah Lung Biu. But he soon finds in conscience, and he advises his father Ngo Ka Nin (敖嘉年) to establish the ICAC. As for Esther, in present day she portrays a news anchor. In Song Dynasty, she portrays an educated princess, and in the 1950s, she is a triad leader. A very versatile role.”

Esther expressed that she is very pleased with her role and praised the script. “I was quite attracted to the script. I’ve never portrayed a fifties triad leader before. I’m not really a leader, but just the wife of a triad boss and the elder sister of many siblings. I need to die three times in the show, and the scriptwriters really worked hard in planning out how I would die! I also really enjoy watching the scenes of Rebecca Zhu (朱晨麗) and Mandy Wong(黃智雯) dancing. They really practiced hard, and the results were great. Rebecca and Ka Nin’s love story is also very touching. After giving birth to Bobby, Rebecca leaves her family to pursue her dreams. The elderly Rebecca and Ka Nin meet each other again in a retirement home, and Ka Nin imagines the two of them dancing on stage before passing away. As for me, I die three times, all because of Ben Wong’s curse!”

After getting criticized for her poor Cantonese in her performance in Beauty at War <金枝慾孽貳>, Producer Chong expressed that Christine will get her voice dubbed in Always and Ever. Chong said, “She portrays a princess [in Always and Ever] and that requires impeccable Cantonese pronunciation. Her dialogue is difficult, so I found a voice actress who shares a similar voice to dub her. She has a very pretty voice.”

“Always and Ever” Trailer #1

“Always and Ever” Trailer #2

49 comments to “Always and Ever”: A Thousand Years of Love