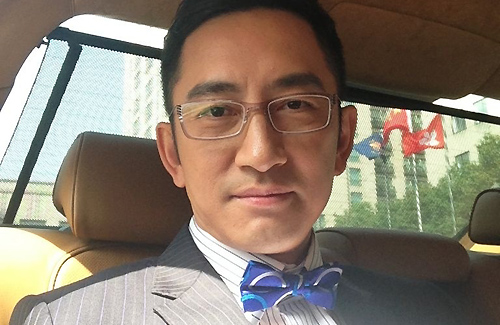 Lawrence Ng (吳啟華) is reported to be in deep discussion to join Eric’s high-budgeted series, a television comedy drama about a group of middle-aged women who are reunited with their high school friends. Should he sign on, Lawrence may star alongside Flora Chan (陳慧珊), who is already in final negotiations with TVB to star in the big production. The growing star-studded ensemble may also include Sheren Tang (鄧萃雯) and Teresa Mo (毛舜筠).

Lawrence, who is currently shooting for TVB’s The Hippocratic Crush 2 <On Call 36小時II>, confirmed this piece of news in a phone interview earlier. Asking for confirmation on Flora, Sheren, and Teresa’s casting, Lawrence said, “I will not say who, but just hearing their names makes me miss them very much. I may film this because of them, but nothing is confirmed yet.”

Meanwhile, Eric is attempting to convince Veronica Yip (葉玉卿), who recently made a comeback in the industry to star in Eric’s I Love Hong Kong 2013 <2013我愛HK 恭囍發財>, to return to star in Aerobic Girls. Anita Yuen (袁詠儀) was also considered, but due to schedule conflicts, she had to turn down Eric’s offer. Charmaine Sheh (佘詩曼) disclosed earlier that she was also in talks to take part, but due to her younger age, she may not be suitable to star in a major role.

Aerobic Girls is a rough adaptation of the 2011 Korean film Sunny, a drama film about a middle-aged woman who tries to fulfill her friend’s dying wish by reuniting their group of high school friends. The film was South Korea’s second highest-grossing film of the year, and the 13th highest grossing Korean film in history.

Eric announced that a casting audition for Aerobic Girls will be held in mid-April for the female leads to select their high school counterparts. The selected cast will be announced as soon as the auditions are finished.