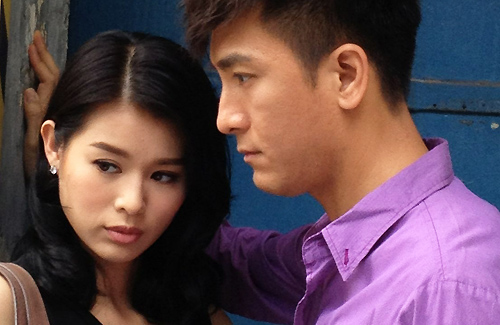 With Ben Wong (黃智賢) as the drama’s narrator, Season of Love will touch upon four different romantic relationships that echo the cycles of the four seasons. Like our seasons, love can have times that range from cold to hot, dry to wet, and from dark to light.

By chance, Lam Chun Fan (Toby Leung 梁靖琪) becomes a chauffeur for famous celebrity, Season (Him Law 羅仲謙). Believing Season to be a flirty playboy like what gossip magazines claim, Chun Fan’s initial reaction to Season is not positive. However, after months of spending time with him, she slowly begins to understand Season’s true underlying nature – a young man who is sincere, but lonely. Season and Chun Fan start an underground relationship, but it is then when Chun Fan discovers that everything that has occurred between them was actually planned by Season’s manager (Jess Sum 沈卓盈).

Golden television producer, Summer Ha (Kate Tsui 徐子珊) suffers a big blow in her career after her latest female-oriented variety program garners negative critical reactions from the public. To bring herself back to prominence, she is forced to star in a reality television dating game show, in which she is offered the opportunity to choose a husband among several male pursuers. On the show, she meets her ex-boyfriend Ng Jun Gai (Ron Ng 吳卓羲), who had gone missing after he left Summer many years ago. Summer is tempted to use this opportunity to exact vengeance, but she is slowly falling back into love.

It is fate that put hair stylist Ho Chau Sang (Nancy Wu 胡定欣) and barrister Fung Sau Man (Vincent Wong 王浩信) to work in the same building. It is also fate that put an end to Chau Sang and Sau Man’s brief encounter because of a small accident. The loss leads Chau Sang to blindly accept the marriage proposal of Fong Ka Wai (Oscar Leung 梁烈唯). The couple do not get along after their marriage. Chau Sang even suspects Ka Wai to have an extramarital affair. On a whim, Chau Sang returns to the place where she first met Sau Man, and her second life begins. But is this second life as great as her first?

Requested by his client Yiu Tung Nei (Myolie Wu 胡杏兒), private investigator Chu Cho On (Kenneth Ma 朱祖安) researches the origins of an old receipt. During his investigations, Cho On realizes that Tung Nei often has uncontrollable, broken memory recollections of her past with a man. After a thorough investigation, Cho On discovers that Tung Nei had suffered from serious psychological damages, and her lost memory could have been the lost memories of a lost relationship. As Cho On helps Tung Nei piece together her past, he himself begins to find a surprise of his own.

42 comments to “Season of Love” Synopsis