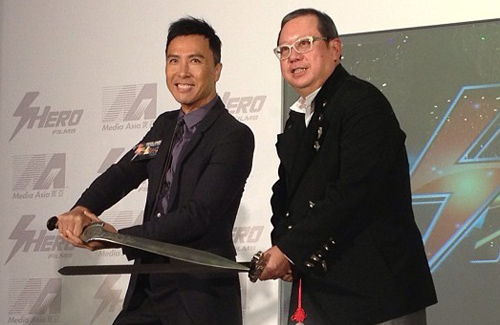 The Super Hero Films Company, however, is still in preliminary works. Nonetheless, the Ip Man star promised that he will immediately start on the project once he completes the three films he currently has in hand.

Donnie excitedly stated that Derek Kwok and Cheang Pou Soi are interested in collaborating with the new company. Donnie also revealed that he has proposed to work with mainland Chinese director, Feng Xiaogang (冯小刚), in an action comedy.

The actor remarked that he is grateful to finally have the opportunity to contribute to film making. Although he aims to market his films to a global audience, Donnie does not have intentions to go back to Hollywood. He then added jokingly, “It’s actually best if most of my films are shot right outside my house!”