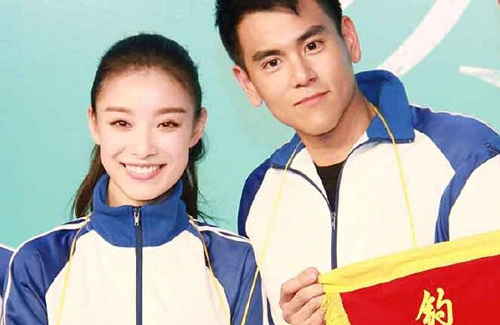 To celebrate the success of Fleet of Time, the cast and crew held a celebratory news conference in Beijing on December 15. Taiwanese actor Eddie Peng (彭於晏), mainland Chinese actress Ni Ni (倪妮), and other cast members showed up dressed in iconic high school uniforms and traded stories about their own youth.

The movie crew also commemorated the actors with little red pendants. To everyone’s surprise, Eddie received the title “King of Snacking.” When asked how he maintained his envious figure, he joked, “I’m the type that gets thinner the more I eat!”

Director Zhang Yibai (張一白), who has a cameo as a teacher in the movie, revealed that despite Fleet of Time’s good showing at the box office, he has no intention of filming a sequel in the next few years. “I’ll wait eight or ten years,” he said. “If I film a sequel next year, then I’ll be suspected of milking a cash cow.”

Fleet of Time is a coming-of-age story about a group of friends in high school. Adapted from a popular novel of the same name, the film takes place in the 1990s and 2000s, bringing to mind other nostalgic movies, such as last year’s So Young <致我們終將逝去的青春> and the 2011 film You Are the Apple of My Eye <那些年，我們一起追的女孩>.

Also known as Back in Time, Fleet of Time is currently enjoying a limited release in North American theaters.