Him Law Vomits From Smoking in “Young and Dangerous: Reloaded” 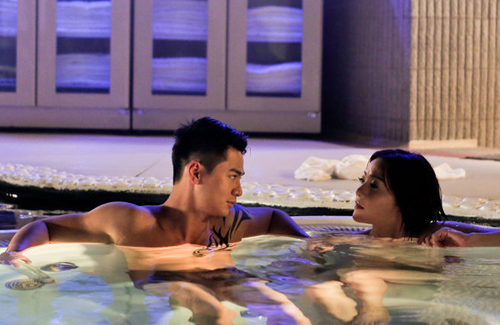 Young and Dangerous: Reloaded <古惑仔: 江湖新秩序> opened in Hong Kong theaters on January 10, 2013, and Him Law’s (羅仲謙) portrayal as triad, Chan Ho Nam, was hotly debated among many fans of the original 1996 film.

Him expressed that he was very happy and excited when he first received the phone call that offered him the role. But later, his worries initiated. “There is pressure!” He exclaimed. In the film, Him portrays a different version of Chan Ho Nam. The character will no longer be someone who craves heroism. In fact, he is more real and humane.

Regarding his character in the film, Him said, “Chan Ho Nam can’t do anything. They are all afraid of dying, so they won’t be as rebellious anymore. After all, society has changed!” Since the character is designed to be reticent, Him believes that there are many concerns. On the other hand, he envies Oscar Leung’s (梁烈唯) role as Chicken. “His role has no limits. There are no frames around it. So much room for development!”

Due to his gangster role, Him had to smoke constantly while filming. He is not a smoker in real life, so he found it very difficult to bear. “As someone who didn’t know how to smoke, I had to start learning. There was a scene where I finished a whole box of cigarettes. I was dizzy and nauseous afterwards.” Him felt discomfort back and ended up vomiting.

17 comments to Him Law Vomits From Smoking in “Young and Dangerous: Reloaded”