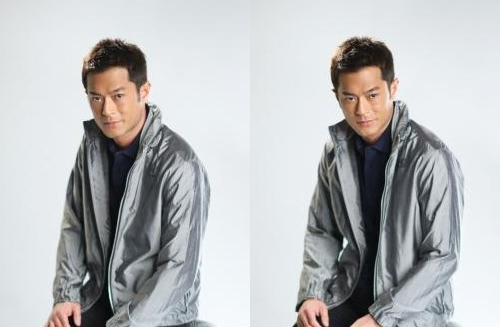 The hype over Triumph in the Skies 2 <衝上雲霄II> has not ended. Last week’s grand finale peaked at 41 viewership points, garnering 38 points on average. So far, the drama received the highest ratings in 2013 with its total average of 31 points. Besides alleged plans for a third installment, a 3D movie version will be produced to further entertain fans on the large screen. It will be a collaboration between TVB and China 3D, and may feature a flight emergency situation. Reportedly, Louis Koo (古天樂) was contacted and has already expressed his interest in taking part.

According to tabloids, Louis admitted having discussed the plans with TVB. He has never had the chance to act as a pilot, and looks forward in doing so. TVB executive, Tommy Leung (梁家樹), revealed, “We did talk to Louis about a suitable schedule. We wanted to see if he is interested in filming the movie. However, the script is still in the making. A movie is very different from a drama. It only has two hours to capture the attention of viewers. It must have a selling point.”

Tommy further revealed the movie might continue the storylines of a few characters, and they are trying to establish the male leads before the females. “We need to consider the match-ups and storylines. Nothing will be settled until the end of the year, since movie scripts are difficult to write.” Will the female leads be from TVB or other companies? “They’ll be from both.”

Producer Stephen Shiu Jr. (蕭定一) from China 3D revealed, “We are still in discussion with TVB at this point, mainly regarding the division of investments.” Speaking of how the movie will have cool 3D effects, he remarked, “After all, 3D productions are our strengths. Everyone is looking forward to it.” Is Stephen happy to have Louis take part? “Of course! It’ll be much easier with him. The movie feeling will be more intense. If Huang Xiaoming (黃曉明) can join as well, it will be even better.”

Huang Xiaoming expressed that management may have received the filming offer, and expressed interest in taking on the role of a pilot. He said he watched portions of Triumph in the Skies 2 during the summer, and enjoyed Francis Ng (吳鎮宇) as Samuel Tong.

Chilam Cheung’s (張智霖) role as Captain Cool has been a hot favorite amongst female viewers. When asked if he will resume his role as male lead in the upcoming movie, Chilam replied, “I’m only an actor, and I don’t have any ability to decide. Every actor is just as charismatic.”

On the other hand, Fala Chen (陳法拉) expressed, “I hope to be included if there is a movie version. If they ask me, I would accept the offer for sure. As long as I am partnered with Francis Ng (吳鎮宇) and Chilam Cheung, that will be fine.” As for Myolie Wu (胡杏兒), she revealed she had minimal experience filming movies. If TVB were to produce one, she would be sure to support it and hopes there will be a suitable role for her.