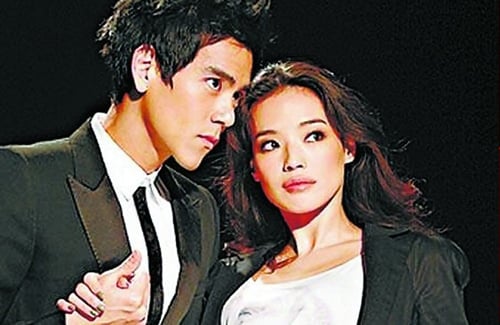 Since their last collaboration in romantic comedy “Love” <愛>, Shu Qi (舒淇) and Eddie Peng (彭于晏) will work together for the second time in a new movie tentatively titled The Last One Standing <剩者为王>.

Adapted from a popular Mainland Chinese online novel with the same title, The Last One Standing depicts three middle-aged single ladies who have different approaches to love and life, but share the common aspiration of finding a husband. In the process, they go through a series of rather unfortunate but hilarious events, and ultimately learn to appreciate themselves for who they are.

Thirty-eight-year-old Shu Qi will play one of the leading ladies. While recent rumors have hinted at Shu Qi’s relationship with Stephen Fung (馮德倫), she has yet to marry and can be said to be in the same position as the character she is playing.

Eddie will be taking on a male role, possibly as Shu Qi’s love interest. The onscreen chemistry between 32-year-old Eddie and Shu Qi will be something else to look out for.

Talk of the production started about two years ago, and many were left wondering if the film will eventually materialize. Since filming is currently underway, , its release may not be too far off after all.