“That Demon Within” Receives Warm Response at Berlin Film Festival 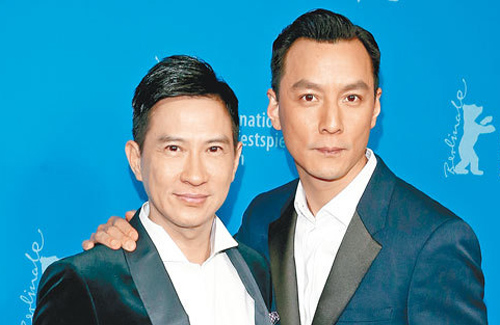 That Demon Within is the third installment to Dante Lam’s crime films, The Beast Stalker <證人> and The Stool Pigeon <綫人>. Daniel Wu stars as the delusional police officer who unintentionally saved the life of ex-convict, played by Nick Cheung. Tortured by saving the man who had killed his friends in the police force, Daniel vowed to catch Nick under any circumstances. Raised by a sadistic father, Daniel is barely able to contain his own violent tendencies and deteriorating mental condition.

Shown to a full house of 800 viewers, That Demon Within 800 received thunderous applause. Emperor Motion Pictures Chairman, Albert Yeung (楊受成) beamed brightly at the popular reception, and revealed that he only attended the premiere under Nick and Dante’s threats that they would not work for him otherwise.

Although Nick appeared in The Beast Stalker and The Stool Pigeon, his screen-time That Demon Within was noticeably less than Daniel. Nick did not mind as playing an ex-convict was a refreshing role that challenged his acting. Nick said “In That Demon Within, I have given my all to him (Dante)” as he filmed the dangerous fire scenes without any stunt doubles.

Dante praised Nick, “Everyone will get to see a new side of Nick Cheung that they have never seen before. He is truly a versatile demon actor.”

“That Demon Within” Teaser Trailer