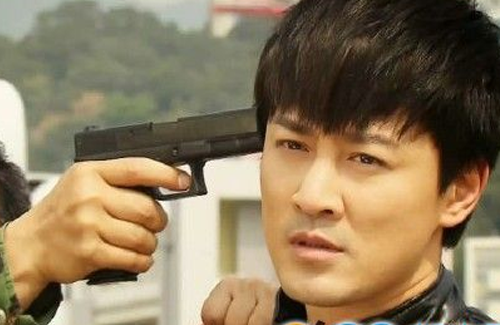 A subsidiary of TVB, the Shaw Brothers Studio announced at FILMART 2015 that they planned to produce eight films this year.

Director of the From Vegas to Macau films, Wong Jing (王晶) said emphatically, “The third film will be even bigger and even better! I hope I’ll be able to break my own record!” In contrast, Wong Jing’s co-director, Andrew Lau (劉偉強) chose to reserve comment and declined to divulge further details about the upcoming film.

The other films to be produced include: a film version of the blockbuster TVB drama Line Walkers <使徒行者>; a film targeted at teenagers and produced by Wong Cho Lam (王祖藍); and a film that is inspired by the 1970s Hong Kong pop band The Wynners, Band of Brothers <非常兄弟班>.

The Wynners will be closely involved in the production of the film, which will be based on the band in their youth. One member of the band, Alan Chan, (陳友) said that they were already brainstorming casting choices.