By addy December 28, 2013
16 Comments
Riding on the success of the TVB television drama Triumph in the Skies 2 <衝上雲霄II>, Wong Jing (王晶) is currently preparing for his new comedy film Tong Pak Fu Triumphs in the Skies <唐伯虎衝上雲霄>, a parody film that stars Chapman To (杜汶澤) as a Hong Kong pilot who travels back in time and becomes ancient Chinese scholar Tong Pak Fu, one of the Four Masters of the Ming Dynasty. Dada Chan (陳靜), who recently made headlines with her three-month disappearance, will also be starring in the film. Chapman To recently attended a costume fitting for his role and photo of him wearing a pilot’s uniform was uploaded online. He refused to decline more specific details about the film, reasoning that Wong Jing wants to keep the production of the movie in tight wraps.
Chapman did, however, add that Dada will be included in the cast and expressed that his role will be surrounded with beautiful women. Asked if he will keep fit to portray a handsome pilot like Chilam Cheung’s (張智霖) Captain Cool, Chapman said, “I am not really on a diet right now, but I will keep up with my exercise routines after shooting Naked Ambition 2 <豪情2>, so my body will not rebound. Wong Jing specified that weight doesn’t matter – just be funny.”
Tong Pak Fu Triumphs in the Skies will begin shooting in January 2014, a few months ahead of TVB’s own movie adaptation of Triumph in the Skies, which will begin shooting in April 2014.
Source: ihktv.com
This article is written by Addy for JayneStars.com.
Categories: Movies
Tagged: Chapman To, Dada Chan, Tong Pak Fu Triumphs in the Skies, Wong Jing 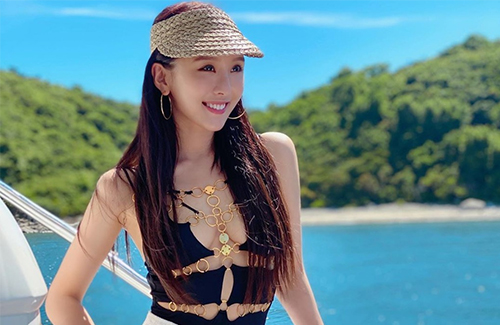