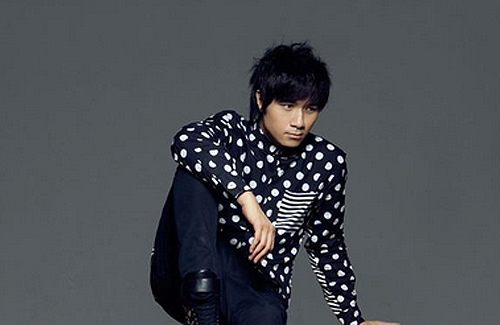 Since his debut in 1994, Leo Ku (古巨基) has won numerous music awards. His album, Dire Au Revoir A Mes Amours <告別我的戀人們>, has been on top of the sales chart, and Leo has a great potential to win the Jade Solid Gold Favorite Male Singer award this year. However, Leo refuses to attend the prestigious Four Stations Joint Music Awards Ceremony despite the pressure from Commercial Radio Hong Kong and his record company EEG as he insists on taking an overdue vacation with his family during the holidays.

Leo had already sent a request to EEG to not attend the music award ceremony because he feels the meaning of these awards has became less significant. In addition, it was reported that Commercial Radio Hong Kong executive, Gan Jing Jing (甘菁菁) is promoting Eason Chan (陳奕迅) to win the Outstanding Achievement Award; therefore, Leo’s songs have not been frequently aired at the radio station. With a slim chance of winning the award, Leo feels there is no reason for him to attend the awards ceremony.

Earlier this year, Leo has given hints that he will not be attending the award ceremony. When a reporter asked him why re refused to attend the ceremony during a promotional event, Leo laughed and said,” If we survive the end of the world, then we can talk about it.” Although EEG did not officially agree to his request, Leo already planned to a take a long vacation beginning January 1, 2013.

With Leo’s insistence on taking vacation, EEG hopes of winning any big awards are decreasing. Leo’s song, “Love is Like No Love” <戀無可戀> and new album, Dire Au Revoir Mes Amours are very popular and they are both on top of the billboard chart. EEG executive, Ng Yu (吳雨) admitted that Leo had made a request for taking a vacation and explained, “The company wants him to attend but we are very satisfied with Leo’s performance. We understand that he has worked very hard to get such good results and therefore needs to take a vacation.” Ng Yu is not too worried that his absence will affect his relationship with TVB, and replied,” If Leo is not going to be there, then let someone else win some awards. I am sure the winners deserve to win.”

Leo’s manager, Mani Fok (霍汶希) also addressed his absence in the coming ceremony and explained,” All the employees and the public relations department worked extremely hard to promote his albums and the results are excellent. We all want him to attend and win some awards, but we respect his decision. We understand Leo never took vacations with his family during the holidays, so we will honor his request. However, Mani admitted that EEG will try their best to convince Leo to attend and hopes he will be present at the award ceremony.