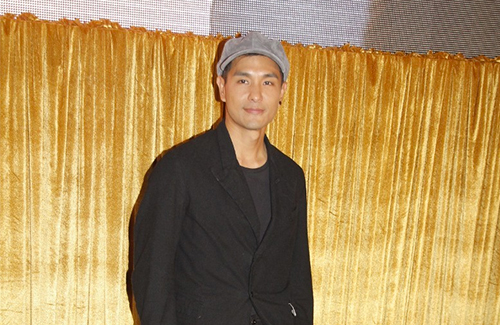 With only Hong Kong to take down, “Kuen Lo” Ruco Chan (陳展鵬) is on a winning streak to become the year’s triple TV King.

In October, the A Fist Within Four Walls <城寨英雄> star won Favorite TVB Actor in Singapore, followed by a landslide victory for TV King in November’s TVB Star Awards Malaysia. Tonight, Hong Kong will be deciding whether or not they will crown Ruco as 2016’s Best Actor.

It is not going to be a easy race. With House of Spirit’s <一屋老友記> Bobby Au-yeung (歐陽震華) and Dead Wrong’s (致命復活) Roger Kwok (郭晉安) as some of his biggest competitors, Ruco’s ultimate goal of being Hong Kong’s TV King seems to be as far as it is close.

Ruco’s been in the top five race for TV King since 2013, when he broke out in Brother’s Keeper <巨輪>. Despite nabbing both Singapore and Malaysia’s TV King trophies last year for Captain of Destiny <張保仔>, Ruco said 2016 is the year where he felt most comfortable at where he’s standing.

The actor said, “I am much happier about my chances this year than previous years. You often get roles that you think are great, but viewers may not think the same. Of course I’ll be happy if I win all three. After all, I’ve treaded through this industry for 21 years. It was a slow start, but I know I’m considered one of the luckier ones. To win [TV King] is something that feels very near, but also very far. Just because I want it, doesn’t mean I’ll get it. But anyway, I do feel getting closer to it every year. Kuen Lo is a role I’ve been waiting for since my debut. He isn’t very hard to do, but to play such a simple-minded and youthful character can be quite challenging for someone who’s been in the industry for a long time. This is probably the role where I felt most viewers have come to like and identify with.”

Ruco is currently in his last month of principal photography for his new action drama The Unholy Alliance <同盟>. He will then get into work for Heaven’s Will <天命>, a drama about the Qing official, Heshen. After Heaven’s Will, Ruco will take a long break to spend more time with his family.

“We all have different stages in our lives. There’s going to be a period when we’re grinding through and taking risks, but life’s not all about that. We need to slow down and enjoy life too. I can’t even remember the last time I had vacation with my family.