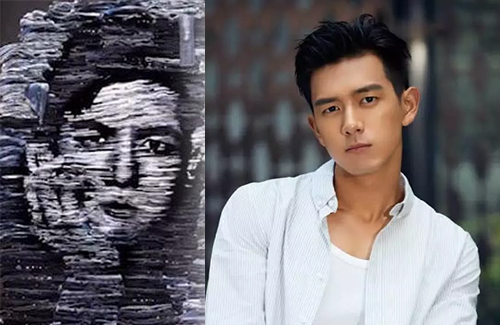 A male fan of the Chinese actor Li Xian (李现) is making rounds on social media.

The fan used 800 pairs of jeans to create the actor’s face. According to reports, the fan and his two friends collected 1,000 pairs of jeans from two different apparel companies and dyed the jeans different colors. 800 pairs were used in the end, and the “jean sculpture” reached 3 meters high.

Xian’s fans are called “Xian girlfriends” or “Xian boyfriends.” The 27-year-old had shot to fame after starring in 2016’s Who Sleeps My Bro <睡在我上铺的兄弟>. He is currently starring on Go Go Squid <亲爱的，热爱的> alongside Andy Yang (杨紫). 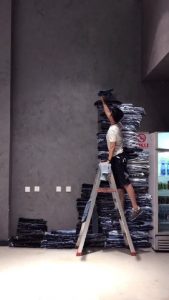