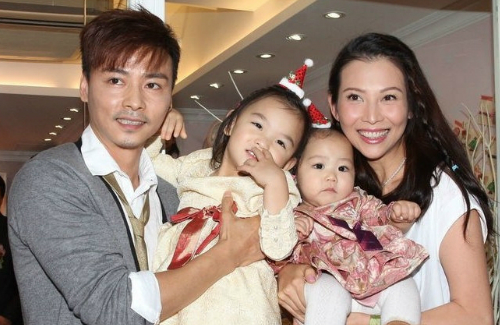 Celebrity couple Ada Choi (蔡少芬) and Max Zhang’s (張晉) popularity has been soaring within the Mainland Chinese market in recent years. While Ada gained fame for her evil empress role in Empresses in the Palace <甄嬛傳>, Max earned acting recognition by bringing home the Best Supporting Actor at the 33rd Hong Kong Film Awards for his role in The Grandmaster <一代宗師>.

Both Ada and Max experienced a large raise in earnings. Following his award win, Max has been receiving nonstop opportunities to star in new films. After starring in SPL 2: A Time for Consequences <殺破狼2> earlier this year, which grossed in $500 million at the box office, his salary rose from $1.5 million HKD to $4 million HKD per film. Earlier, Max had been busy filming Ip Man 3 <葉問3> with renowned martial arts actor, Donnie Yen (甄子丹).

Due to their popularity, Ada and Max were invited to appear in episodes of Mainland Chinese reality shows such as Up Idol <偶像來了>, Fight For Her <為她而戰>, and Hurry Up, Brother <奔跑吧兄弟>. The shows offered a good deal of income while requiring little film time, which was perfect for the busy couple who had to return to Hong Kong as quickly as possible to care for their two daughters.

According to tabloids, Ada and Max purchased three luxurious flats all in one go back in 2013. All of them were closely located to the most prestigious schools of Hong Kong, in preparation for their elder daughter entering first grade. Sources claim that for the convenience of bringing her to school, the family relocated to The Arch near the Kowloon MTR Station from their previous home at Fairview Park in Yuen Long.

Last month, the couple reportedly purchased a 1700 square-ft. luxurious mansion for $26 million HKD. In total, they currently own four properties.