The villains in this new historical epic are stealing the show.

The Chinese historical drama The Legend of Dugu <独孤天下>, which follows the story of three sisters and their rise to power during the early Sui Dynasty, is giving 2018 a great start with its dynamic characters and suspenseful storyline that is putting everyone to the edge of their seats.

The drama closely follows the three daughters of Western Wei general Dugu Xin (Howie Huang 黃文豪)—Dugu Banruo (Ady An 安以軒), Dugu Mantuo (Li Yixiao 李依晓), and Dugu Jialuo (Hu Bingqing 胡冰卿)—and the events that lead up to the formation of the shortly-lived Sui Dynasty in the late 500’s. Banruo, Dugu’s oldest daughter, is ambitious and vies for the spot as empress; fourth daughter Mantuo is greedy and ruthless; youngest daughter Jialuo wants a simple life, but gets thrusted into the land of politics when she realizes there was no other choice but to survive. It’s been an exciting week for fans of The Legend of Dugu, which premiered exclusively on Tencent Video on February 21, 2018. Fans have been particularly interested in the romantic subplot between Banruo and Yuwen Hu (Jeremy Tsui 徐正溪), the power hungry grand master of Northern Zhou. Dubbed the “Banhu CP”—the half jar couple—their popularity has overtaken even the main couple.

Sharing the same ambitions, Banruo and Hu’s romance is filled with angst, torture, and tragedy, as they both choose to sacrifice their love for power. Their attractive relationship gives just the right amount of sweet romance and suffering pain for the fans. When Hu confronts Banruo for agreeing to marry his younger cousin Yuwen Yu (Zou Tingwei 邹廷威), the future king, Hu tells Banruo that he would kill him for her. On the night of their wedding, Hu crashes into Banruo and Yu’s bed to force her hand in marriage, but Banruo consummates her marriage with Yu right in front of Hu’s eyes.

The Legend of Dugu airs on Tencent Video three days a week.

“The Legend of Dugu” Extended Trailer 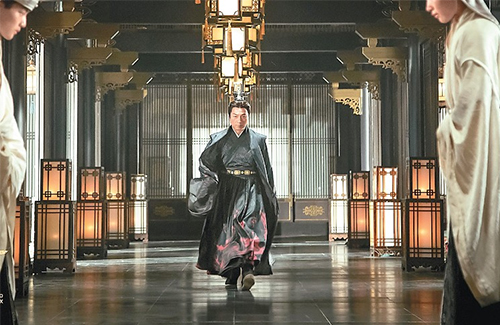 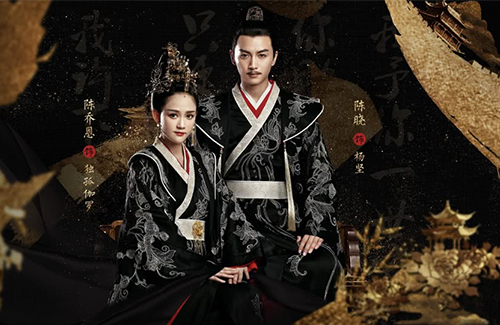