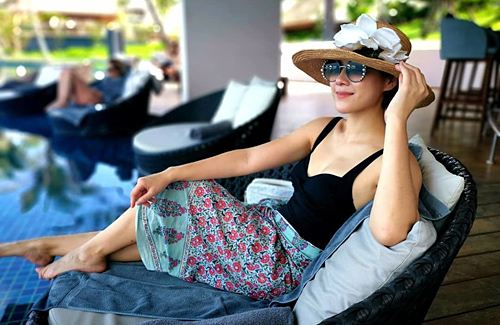 Moses Chan (陳豪) and Aimee Chan (陳茵媺) have never shied away from admitting their desire to have a big family. After tying the knot in 2013, the couple welcomed three children – two sons and one daughter – in quick succession. Aimee, a former beauty queen and rising young star at TVB, took a hiatus from work in order to focus on raising the couple’s three children. 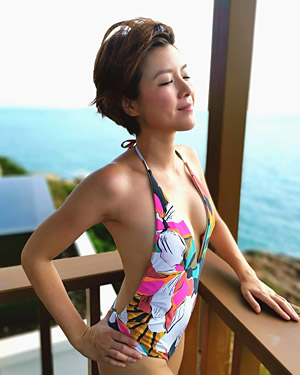 While on vacation celebrating her birthday recently, Aimee posted a photo of herself in a bathing suit, showcasing her fit and toned figure. She has also been sharing photos of herself visiting the gym often. Perhaps the 38-year-old is preparing to make a comeback after all! Having successfully lost all the baby weight, Aimee went on to share her dieting strategies.

Weight loss and health is attributed to 80 percent diet and 20 percent exercise. Prior to having children, Aimee was a vegetarian. However, she gave up this practice in order to more easily increase her nutrient intake during her three pregnancies. After giving birth, Aimee also embraced a traditional postpartum Chinese diet, which includes plenty of bone broth and fish maw. She continued to eat high nutrient foods while breastfeeding. However, after her children graduated to eating solid foods, Aimee reverted back to eating more vegetables, which contributed to her weight loss.

In addition to diet, Aimee has also been going to the gym and exercising religiously. She complements her gym workouts with yoga practice, which she believes not only helps with toning, but also helps alleviate stress from child-rearing. With three young children at home, being a full-time mom is a workout in itself!