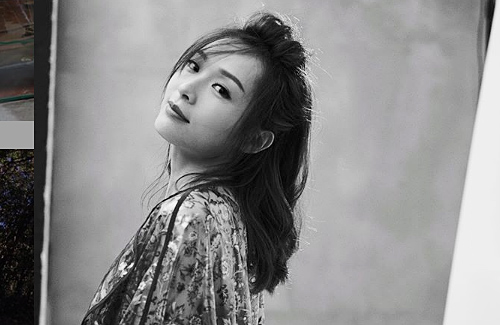 Currently seen in TVB drama Death by Zero <殺手>, Ali Lee (李佳芯) portrays a single mother who is obsessed with making fast money and often takes shortcuts to do so. Working at Moses Chan’s (陳豪) coffee shop, Ali gets entangled in his assassin world and helps lead his targets into areas where he can easily kill them. In real life, Ali also had close brushes with death, and one experience in particular made her realize that she has been neglecting her health.

Her first brush with death was when she was a newborn, “When I was about 10 days old, my mother was in the midst of postpartum confinement. At the time, we were still living in a shantytown and our home was very small. She had placed me on a wooden board on top of her sewing machine to sleep. During the night my mom suddenly heard me cry very loudly and realized that I had fallen to the ground! She was very worried, but after I finished crying I went straight back to sleep. She felt that I was alright and did not take me to the hospital.” Thinking back, Ali realized that she was probably not injured because her mom often threw diapers on the floor after changing, and she had landed on them. 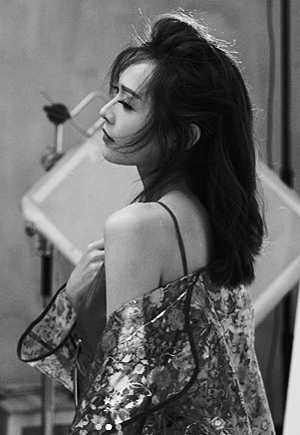 Ali’s other close encounter with death was more recent. In 2017, doctors discovered that she had a 10-centimeter tumor near her ovary which needed immediate surgery. “At the time, I was too busy with work and was not conscious that my health was declining until one night, I experienced pain I had never felt before. I went for a checkup and learned that there was a tumor. At the time of the checkup, the tumor had already grown to a size where surgery was needed immediately.”

Describing the surgery felt like having a C-section, Ali recalled, “I thought that it would be a minimally invasive surgery–but it was not that simple. When I woke up, my entire body was in pain. When oxygen and blood enter the body, it will lead to soreness.”

Not wanting her family to worry, she did not tell them about the surgery until it was finished. Luckily, the tumor was benign and did not affect her hormones or fertility, so she was able to return back to work after only one week of rest.

After this experience, Ali has learned to pay more attention to her health and urges women to take better care of themselves. “Often if nothing is wrong, you won’t understand the importance of your health and you take certain things for granted. Even though there are accidents and deaths on the news every day, you feel removed from the situation until you or someone around you is affected. Then you realize that sometimes there is no warning.”

This article is written by Kik for JayneStars.com.

5 comments to Ali Lee Had Neglected Her Health