Ali Lee’s “Death by Zero” to Air in June 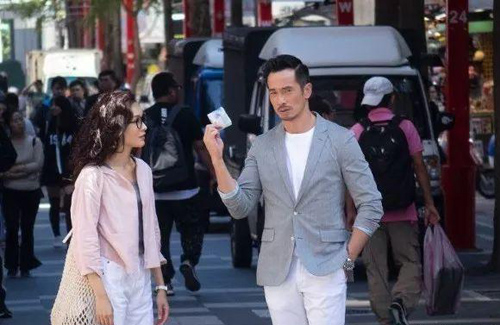 Despite her continued well-received performances on screen, healthy image, and overall likability by the public, Ali Lee (李佳芯) was frozen by TVB due to her political opinions. Her sudden fall from grace proved to be a hard and long one, as Ali has had no aired series or new projects for almost a year. She was even removed from sequels to successful dramas in which Ali participated in, including Plan “B” <BB大晒> and Big White Duel 2 <白色強人 2>.

Her bad luck, however, may soon come to an end. The action thriller, Death by Zero (殺手), in which Ali stars as female lead, is allegedly finally given an air date! After several postponements, the series will begin airing after the conclusion of Flying Tiger 2 <虎之雷霆極戰>, which is scheduled to end on June 29.

Although many speculated that Ali’s screen time will be greatly reduced after the final cut, lead actor Moses Chan (陳豪) stressed that Ali is still the main female lead in the drama. Death by Zero boasts a star-studded cast, which also includes Wayne Lai (黎耀祥), Samantha Ko (高海寧), and Katy Kung (龔嘉欣). The successful airing of her drama may be the start of Ali’s comeback.