Alice Chan’s Marriage Fell Apart Because of Lack of Communication 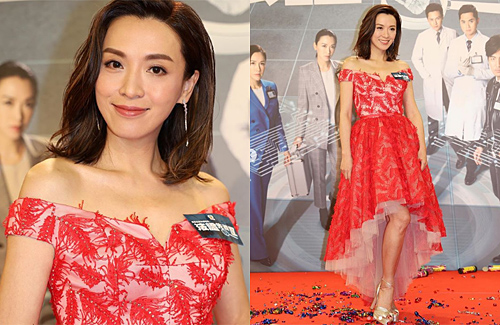 Finding love again seven years after her divorce, Alice Chan (陳煒) feels that communication can make or break a relationship. Looking back at why her marriage failed, Alice reflects on what can be done better in her current relationship with doctor, Dr. Aldous Chan (陳國強).

Lack of Communication with Ex-Husband 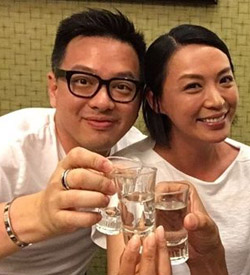 In 2008, she dated Taiwanese businessman, James Yen (顏志行), who is three years younger than her. After getting married, Alice moved to Taiwan, Beijing, and Thailand over the next four years because of James’ business ventures. She felt very lonely during those years, in which all she did was stay home doing cooking and cleaning, with very little interaction in society.

“Since he was always working and only wanted to sleep when he got home, even if I wanted to understand him better, he didn’t want to talk to me. I’m not someone to force others to do things, so over time, [our marriage] eventually fell apart,” Alice said.

In 2012, she returned to Hong Kong to take care of her ill parents. Because of their long-distance separation and breakdown in communication, James eventually asked for a divorce. “Upon my return, I was very sad in those first few years. Our relationship was on and off, and I couldn’t get over my ex-husband. However, I began focusing on my work to take my mind off [our problems]. We finally ended things in a few years,” the actress explained why she was divorced for five years before finally announcing it publicly. 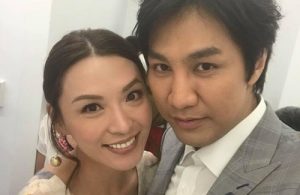 Meeting her new boyfriend of seven months, Aldous Chan, through Ben Wong (黃智賢), Alice reveals that they are very compatible. She said, “We were friends for one year [before dating]. Dr. Chan isn’t very romantic, but he’s very attentive. He’s great at drawing pictures, and his most romantic gesture is hand-drawn cards. We started dating in the middle of last year. We’re still in the communication stage. Since both of us had divorces, we understand the importance of communication.”

Another reason marriage is not currently not on Alice’s mind is that she feels passionate about her acting career. During these past few years, Alice’s career has been on the rise with roles in Deep in the Realm of Conscience  <宮心計2: 深宮計>, Apple-colada <果欄中的江湖大嫂> to currently airing drama Forensic Heroes 4 <法證先鋒IV>. With her roles becoming more prominent recently, Alice said, “I don’t mind starting from the bottom. After getting married, I was disconnected from the field so I needed to warm up. If  I came back and started as a lead, there was definitely a lot of pressure. I just want to improve my acting.”