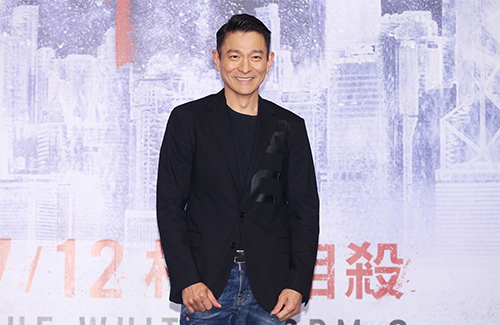 The recent outbreak of the new coronavirus—also known as the “Wuhan pneumonia”—has dampened the Lunar New Year spirit for many. As China quarantines major cities around the epicenter of the outbreak, many neighboring regions are taking extra precautions as well including Hong Kong, where there are now eight confirmed cases.

Andy Lau (劉德華), who was originally scheduled to hold a 12-day concert tour at the Hong Kong Coliseum starting February 15th, announced today that he has decided to cancel the concert due to recent events.

He announced the heavy news on his official website on the 26th. He said, “To my dear friends and family, I’ve been thinking about this over and over! For so long I’ve wanted to share the ‘My Love Concert’ with you all. I’ve been working hard to complete our promise, but due to the developments of the recent epidemic, and with the priority of protecting everyone’s health, I’ve decided to cancel the Hong Kong concert. I am sorry! My wish is for everyone to stay healthy so we can get through this together!

Andy Lau’s ‘My Love Hong Kong Concert’ has already been through two prior cancellations. Originally scheduled to be held in late 2017 as a New Year’s event, Andy’s January 2017 horse injury had left him bed-ridden for months, prompting him to postpone the tour. After his recovery, he applied to hold the concert at the Hong Kong Coliseum during the 2018-2019 New Year’s time slot, but postponed the concert again after falling ill with the flu.