MIRROR’s Anson Lo (盧瀚霆) is currently experiencing a huge wave in popularity due to his role in ViuTV’s remake of Japanese boys’ love drama Ossan’s Love <大叔的愛>. With his personal life now under the spotlight, many are curious about his real-life sexual orientation. It turns out reel life mirrors real life, as Anson is openly gay and faced initial rejection from his own family. 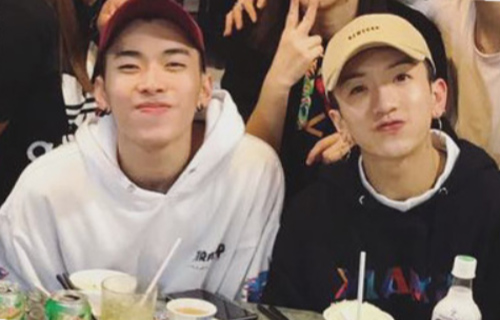 In 2016 before Anson joined the entertainment industry, he was a dancer and dated a male dance instructor named Ka Lok. Meeting through dance class, Anson considered working apart from Ka Lok as many couples do not like working in the same place because it often leads to arguments. He described their relationship to be just like any other couple, and they would see each other almost every day.

He admitted that he had received a lot of pressure after coming out. Both of their families were aware of their relationship. Initially, Anson’s family did not accept his sexual orientation but learned to cope with the situation. On the other hand, Ka Lok’s family never accepted them as a couple.

Anson understood, but decided to bravely continue their relationship. He wanted to be true to himself, and hoped to share his happiness with others.

When Anson came out of the closet, he had not participated in Good Night Show: King Maker <全民造星> yet, and could not have predicted the subsequent popularity of boyband MIRROR.

There were many of Anson’s photos found on Ka Lok’s social media posts from 2016 to 2017. However in 2018, he stopped posting any photos of Anson and later announced that he is dating another male dancer. As the dancer had taken a photo with Anson many years, it is likely they belong to the same circle of friends.

With a photo of Anson kissing Ka Lok resurfacing recently, MIRROR’s manager Ahfa Wong (黃慧君) stated the focus should be on the artiste’s work, as Anson’s hard work should not go to waste.

Since joining MIRROR, Anson has never directly responded to reports about his sexual orientation. ViuTV has also responded to the press stating, “Anson is currently focusing on his work–we will not be commenting on his personal matters.”