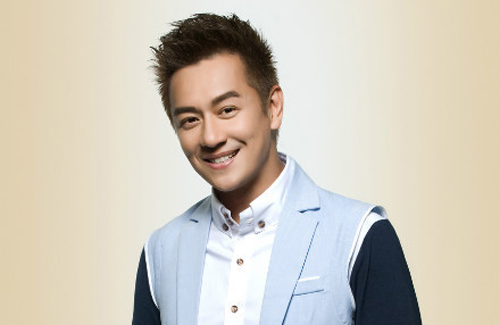 Benny Chan (陳浩民) found a lucrative niche since heading to China several years ago. After his successful stint in the comedy, The Legend of Crazy Monk <活佛濟公>, he now reigns mainland television once again with the highly rated A Happy Life <天天有喜>. On the home front, Benny and his wife Lisa Jiang (蒋丽莎) are expecting their second son in September.

Though A Happy Life has been critiqued as below par, the series managed to clinch the number one position in ratings nationwide, beating heavyweights such as The Patriot Yue Fei <精忠岳飛> and Legend of Goddess Luo <新洛神>. With his wry sense of humor, Benny is singled out as the reason for the show’s success. To make the dialogues even funnier, he is known to change scripts and add his own words, even the use of Cantonese words. Apparently, that seemed to work for viewers who often burst out laughing at his scenes. Benny spoke of A Happy Life, “We are not making a documentary. Most important is that the viewers are happy.”

With his popularity soaring, Benny now easily pockets a whopping $115 million TWD for a television series. On top of that, he is taking home almost 19 million TWD for two advertisement deals. With his wife Lisa currently heavily pregnant with their second child, Benny is definitely considered wealthy, in all senses of the word.

With acting and singing under his belt, Benny is still not satiated and hopes to be able to add producer to his resume. He is currently awaiting the script to start filming his own production.

Benny used to invest heavily in stocks. But luck was not always on his side and he once lost more than 10 million TWD. Upon Lisa’s suggestion, he switched to property investment instead. Early last year, he splurged more than 20 million TWD on a lake-facing house in Hunan Changsha. The price for that property has since risen many folds.