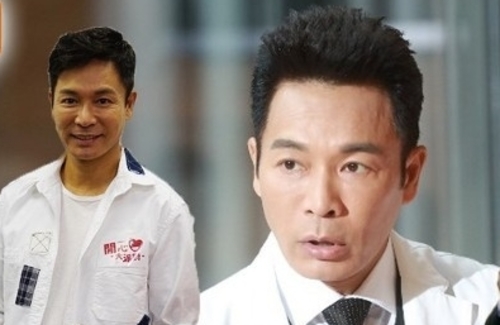 Recently, 54-year-old Roger Kwok (郭晉安) promoted his drama Big White Duel <白色強人> on the radio. Still currently airing, Roger revealed his role in the series is different from the other villainous characters he portrayed in the past. “You will slowly see that I was wronged,” Roger shared. “Previously, I played villains who did things for personal gain, but it’s not for myself this time.”

In the drama, he operates on David Chiang (姜大衛), who has a terminal illness and undergoes major surgery. However, David ends up in a coma. “The audience can guess whether I was helping or harming him,” Roger said. “But everyone was crying after they realized they wrongly accused me.”

For the series, Roger attempted new things and did some things that were banned in the past but is fine now. “The script said I smoke cigarettes, but everyone thought that I wasn’t going to do it, so they didn’t prepare enough cigarettes,” he revealed. “There were only five or six cigarettes, but we had to shoot the scene at different angles, so we collected 20 cigarettes on the spot. I only had 20 takes to complete it, but I don’t know if the scene got cut.”

Traveling to Europe with His Son

Although the show is garnering positive reviews, Roger’s daughter hasn’t been tuning in because she’s afraid of blood, and his son doesn’t understand it. However, his son will re-watch all of Roger’s previous dramas when he grows up.

Roger added that he is going on a European trip with just the two of them for 20 days. His wife Cindy Au (歐倩怡) is preoccupied with night school and his daughter is too young to travel. “This is the first time I’m taking a vacation with my son. Since I’ll be gone for 20 days, I turned down a few jobs already. My manager is afraid to say how much money I turned down, but spending time with my son is more important than making money.”