Bosco Wong Disappointed by His Own Acting and Entered Depression

By jayne on September 4, 2010 in NEWS, Star Interviews 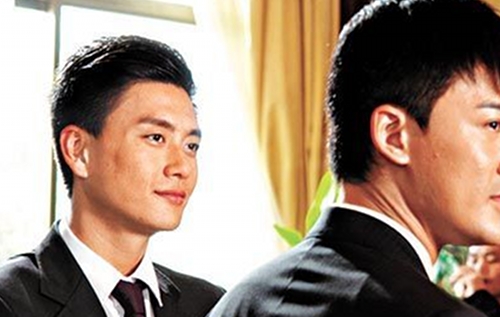 Bosco Wong Chung Chak portrayed a villain for the first time in Growing Through Life <摘星之旅>, Since he had high expectations for this role, he experienced depression and disappointment in the end results.  Reflecting calmly over the situation, Bosco hoped to have additional opportunities to play villains in the future, confident that he will portray the evilness well.
“I had a good time portraying the villain role in Growing Through Life. Earlier, Producer Tommy Leung Ka Shu, told me that he originally intended to cast me in Raymond Lam Fung’s role. Raymond was supposed to play the villain instead. However, I unexpectedly landed in my first villain role!”

Did Bosco fall in love with villain roles? “Yes, I did! As a villain, you can incorporate many elements [and emotions] into the characterizations and they will seem reasonable. I find it boring to always portray well-off characters or good, honorable roles. I do not want to be stereotyped to certain roles only. If possible, I would like to portray an effeminate, flirtatious (好姣) character!” Despite the audience’s mediocre response to Growing Through Life since its broadcast, Bosco continued to support the series as a good production. Due to his busy current schedule in filming Female Fist <女拳>, Bosco has only been able to watch sporadic episodes of his own performance in Growing Through Life. Asked how he rated his own performance, Bosco said, “Initially, I thought my performance was okay. After watching the aired episodes, I can not pin-point what is bad, but my performance is just passing. There are still many areas for me to improve.”

“Coupled with these emotions, I was quite depressed and lost for some time. I never felt this way before; I never had such a lack of confidence in myself. Perhaps Growing Through Life was my first villain role. With the high expectations, I became even more critical about myself. I hope for additional opportunities to portray villain roles; I believe I will perform better next time.”

The Advantage in Filming at a Remote Location

Expressing gratitude in Power Chan Kwok Bong’s consolation, Bosco also thanked Damien Lau Chung Yan for his insight. “I was very fortunate to have Damien teach me so many things during the filming of Growing Through Life. He was very helpful. Prior to filming, we often discussed the script together over meals. He was very sharp and analyzed [the script and characterizations] deeply, spotting things which I did not even think of.”

“There was also an advantage to filming in China . Filming at a remote location, you do not have to think of anything else. You can focus on purely acting. The entire cast ate dinner together almost every day. We talked about many topics and discussed the script together. It was very helpful. ”

In response to the mediocre ratings, Bosco said, “In the past, I used to think about the ratings performance after filming a series. However, it is difficult to forecast the audience’s taste these days. So I can only do my best and not speculate [on matters beyond my control].”

Jayne: To-date, I was most impressed by Bosco’s acting in “Dicey Business,” but his role was quite extreme as a semi-autistic youth. Since “Triumph in the Skies,” his popularity rose very quickly. Filming series after series non-stop did not give him any break to reflect on his past performances and improve on his weak points.

Furthermore, an artist needs adequate time to just break away from his former roles, otherwise the performances blend together and you don’t see any distinction between the portrayals. I have noticed this problem in Bosco’s performance recently. His boyish charm is what makes him endearing, but he tends to overdo it, sometimes inappropriate to his character, most notably in “Heart of Greed.”

It is critical that an artist watch his own performance, to be able to critique it find more effective manners to deliver the performance in the future.  Bosco does not even have time to fully watch his own performance in “Growing Through Life” onscreen. That is unacceptable for any actor and shame on TVB for running a “workhorse factory” that allows artists no rest and no time to improve their skills! TVB is focused on mass-production, filming 14 to 16 hours a day to lower costs.

I was quite alarmed when it appeared that Bosco still does not grasp his roles fully. He referenced that Damien Lau dissected the script in a way that did not even occur to him. The seasoned actors like Wayne Lai, Francis Ng, Wong He, and Sheren Tang do a lot of deep analysis of the scripts and character’s psychology. Perhaps the script may be written poorly and the director may have low expectations, then the actor s need to step up themselves and fill in the gaps. That’s why the same script, same director, could yield very different results with different cast members. The good actors will always make more of their own contributions, such as understanding the character’s psychology and prepare adequately. The result will be a layered performance that is distinct each time. That is the magic of Wayne Lai.

I truly hope Bosco and Myolie Wu both come to this realization. There is a “method” to be found in acting and that is to understand your role fully before you can even portray it, rather than resorting to the same expressions, formula and methodic acting each time.